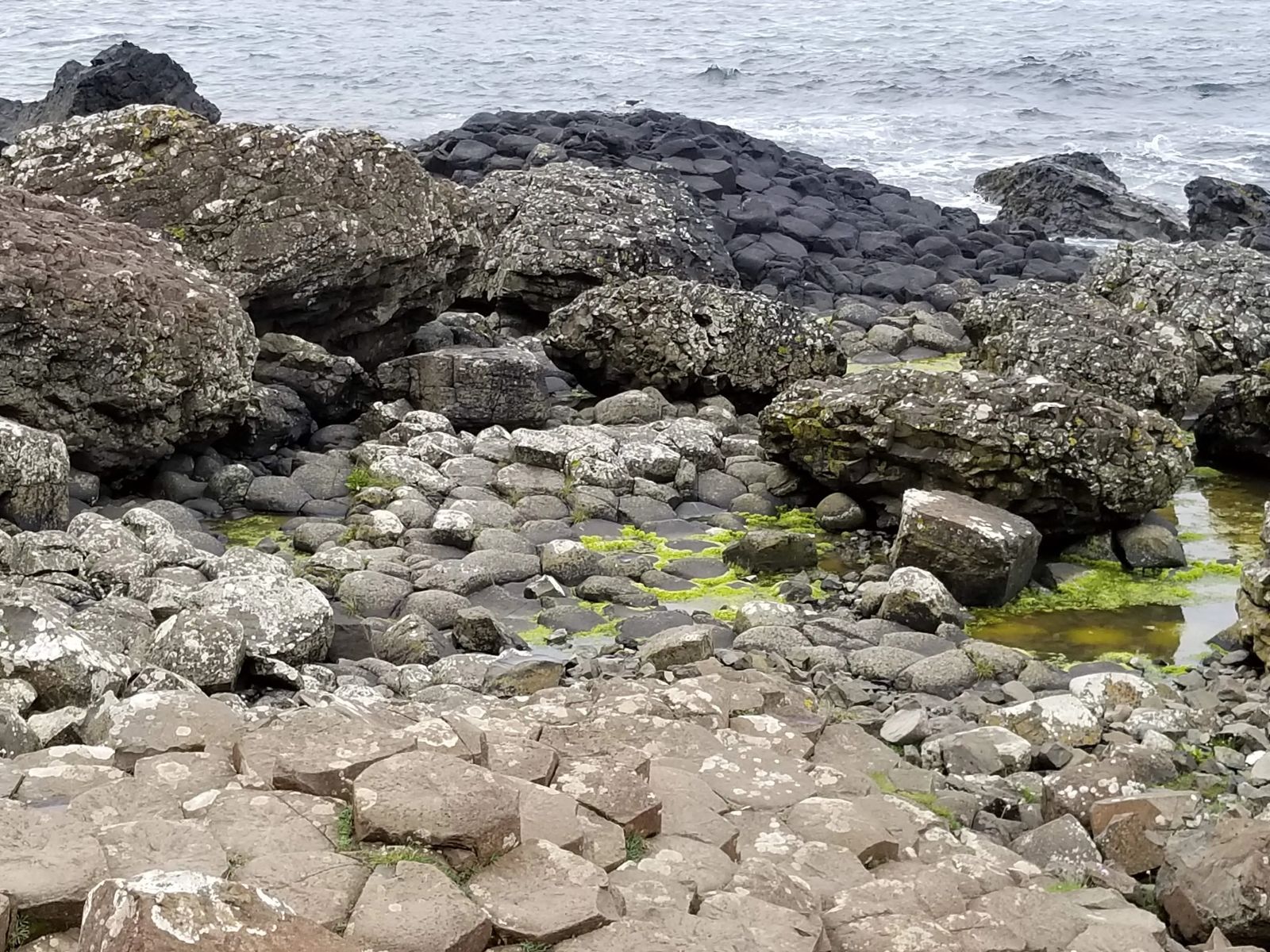 Location: This hidden gem is located one giant leap northeast of Portballintrae, Northern Ireland (see the Clue Me! Map).

A causeway is a path or track that goes through shallow water on low land. It can be a natural path or man-made. The Giant's Causeway is an expanse of six-sided rock columns that seem to make a "road" between Northern Ireland and Scotland. It starts here, runs under the water, then emerges 90 miles north in Fingal’s Cave on the Scottish isle of Staffa.

There are a couple different theories on how the Causeway came about.

Some think it was created when a thick lava flow cooled and contracted. Deep vertical fractures formed, leaving basalt columns with 6 sides wedged together like a giant honeycomb. This fracturing is similar to how the surface of mud cracks as it dries. This made a fascinating mosaic, made from these huge columns of rock.

But that just doesn’t seem plausible, does it?

Here’s an alternative theory, for your consideration. The Giant's Causeway was built in the murky past by an Irish hunter-warrior-giant named Finn MacCool (also Fion mac Cumhaill, and known as Fingal to the Scot’s). He was a big, strong man - a giant! He was challenged to a fight by the Scottish giant named Benandonner. Finn accepted the challenge and built this causeway. When he got to Scotland, he had a change of heart. He saw that Benandonner was much bigger than he was, and skedaddled back to Ireland! Benandonner was still itching for a fight, and chased after Finn.

Finn quickly had Oonagh (his wife) disguise him as their baby. Benandonner took one look at the "baby" and concluded that the father must be gigantic! Benandonner scrammed back to Scotland battering the causeway to smithereens as he fled.

Given the disarray of this causeway, the only logical explanation is … giants!

It looks like pavers from the hardware store, dropped hither and thither

This causeway was made from basalt columns which formed when a thick lava flow contracted as it cooled. Either that or the giant named Finn MacCool (Fion mac Cumhaill) made it so he could meet Benandonner, and do battle!