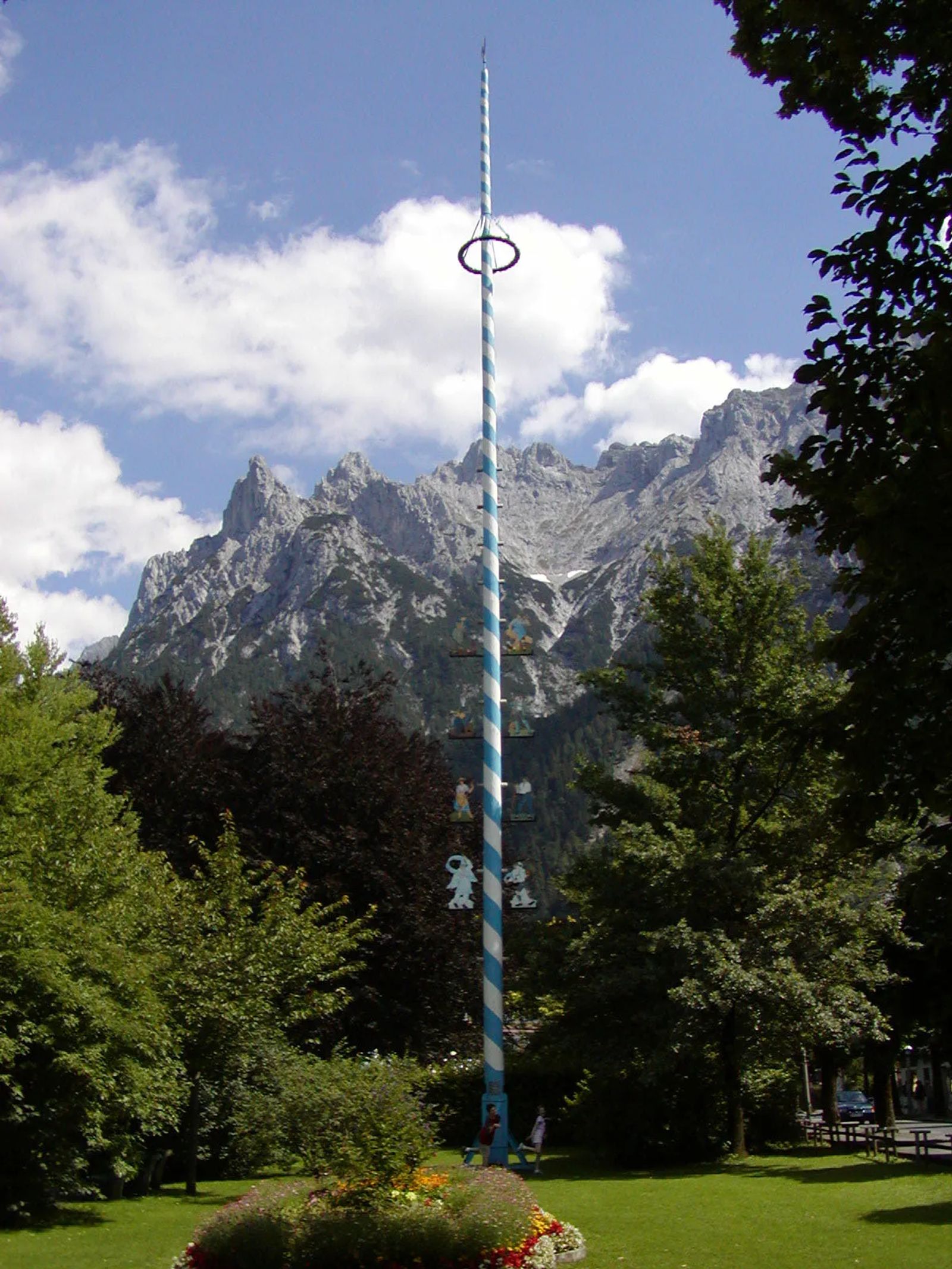 Location: This 'hidden gem' is in Mittenwald, a small town in the southern tip of Germany (see the Clue Me! Map), a beautiful place to gather and celebrate the arrival of Spring. You can better appreciate the height of the Mittenwald Maypole, if you look closely, by observing the people standing at the base. While this particular maypole is permanent, in the old days the men would cut down the tallest and straightest tree they could manage, plant it in the village square, and use that freshly cut pole for their May Day celebrations.

There gradually emerged another tradition, of stealing the maypole from a nearby village and holding it for ransom (i.e. food and bier). The rules for this were clear. No cutting or damaging the maypole. And if someone managed to abduct your maypole, the ransom must be paid.

You can also see large carvings attached near the base of the pole, which reflect the trades of the town. One of these is a violin maker, which goes back to the late 1600s when Mattias Klotz moved back home to Mittenwald after 20 years learning to make violins in Italy (where he studied alongside Stradivarius). Klotz taught violin making in Mittenwald, and the town gradually became known as a top flight source of great violins.

In addition to the skill of the artisans, Mittenwald had another advantage. Mittenwald means 'middle of the forest,' and in particular, there were a lot of spruce and maple, at high elevation and on the colder north side of the alps, where the trees grow slowly. The wood from these trees, with very fine grain, produced stringed instruments with excellent tone to go along with the beautiful craftsmanship.

Center of attention in May

A traditional maypole with carved figures that represent the trades in the town. For example, you'll see a carving of a violin maker, a skill with great history in Mittenwald.