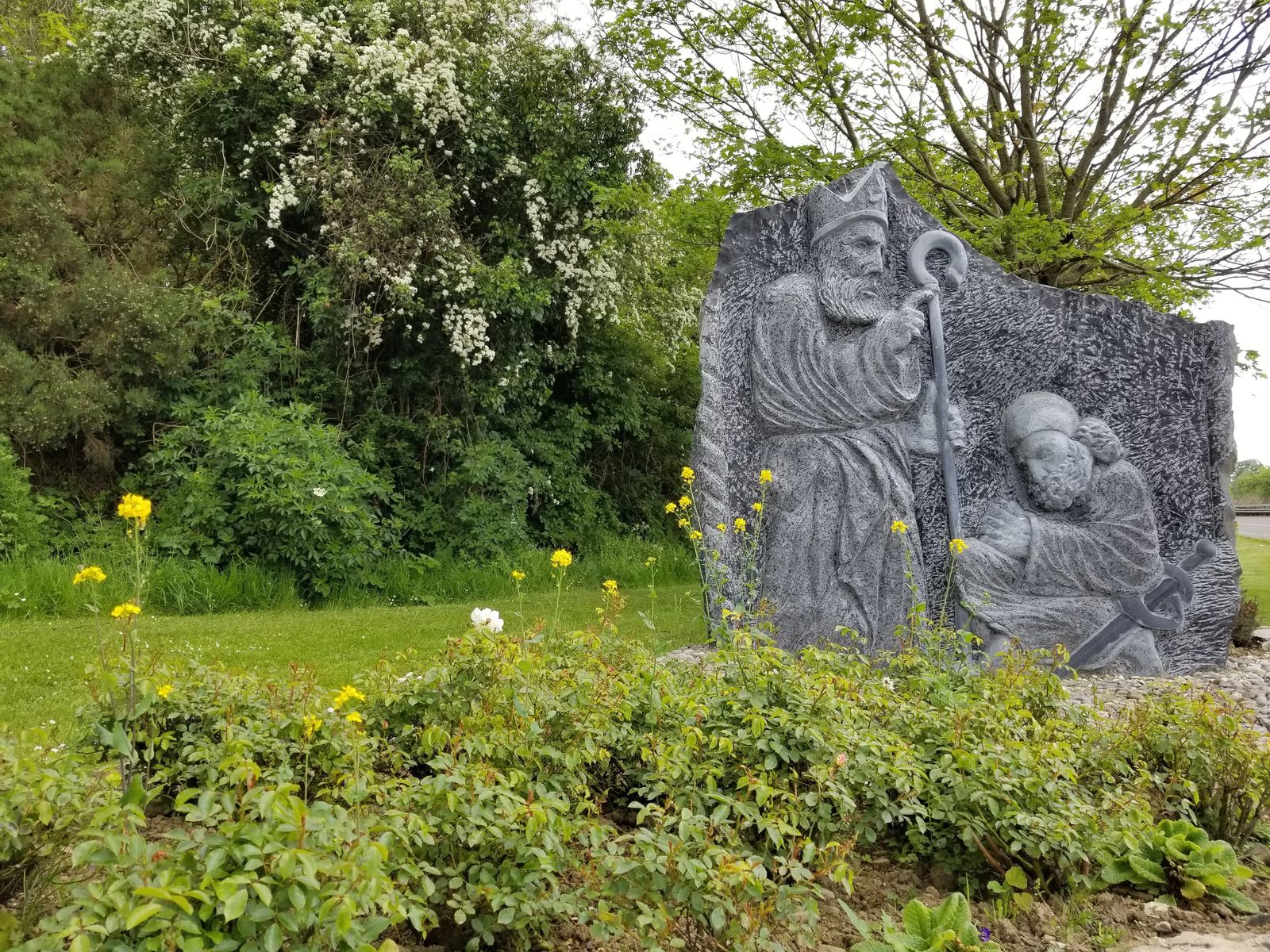 Location: This hidden gem is located near the Rock of Cashel, in the village of Cashel, Tipperary County, Ireland (see the Clue Me! Map). The Rock of Cashel is a medieval ruin, built upon a lone limestone outcropping that protrudes above miles and miles of flat. People have taken notice of this unusual topographic feature for millennia and have used it for functional (e.g. ‘cashel’ is translated as ‘round stone fort’) and ceremonial purposes (see below) during most of that time.

One of those ceremonies, as depicted on the stone monument shown here, has to go down as one of the most excruciating baptisms of all time.

It was in about the year 450 a.d., King Óengus mac Nad Froích (we’ll call him King Angus) led a country that was steeped in mythology, gods, goddesses ... and a goodly amount of fighting. To say that King Angus was one tough hombre is an understatement.

St. Patrick himself paid a call on King Angus, and convinced him to convert to Christianity. King Angus agreed, and was to be baptized in a ceremony where everyone who was anyone attended.

Toward the end of the baptism, the excruciating moment arrived.

St. Patrick prayed for the new Christian, and dramatically slammed his crosier (an ornamental shepherd’s staff) onto the stone floor next to the kneeling King Angus. Two things you must know. First, the crozier had a sharpened base, possibly even a metal spike. Second, St. Patrick’s aim was off, and he slammed the spike right into the King’s foot!

Did I mention that King Angus was tough? By all accounts, he simply absorbed the blow, assuming it was part of the ceremony!

It was an honest mistake!