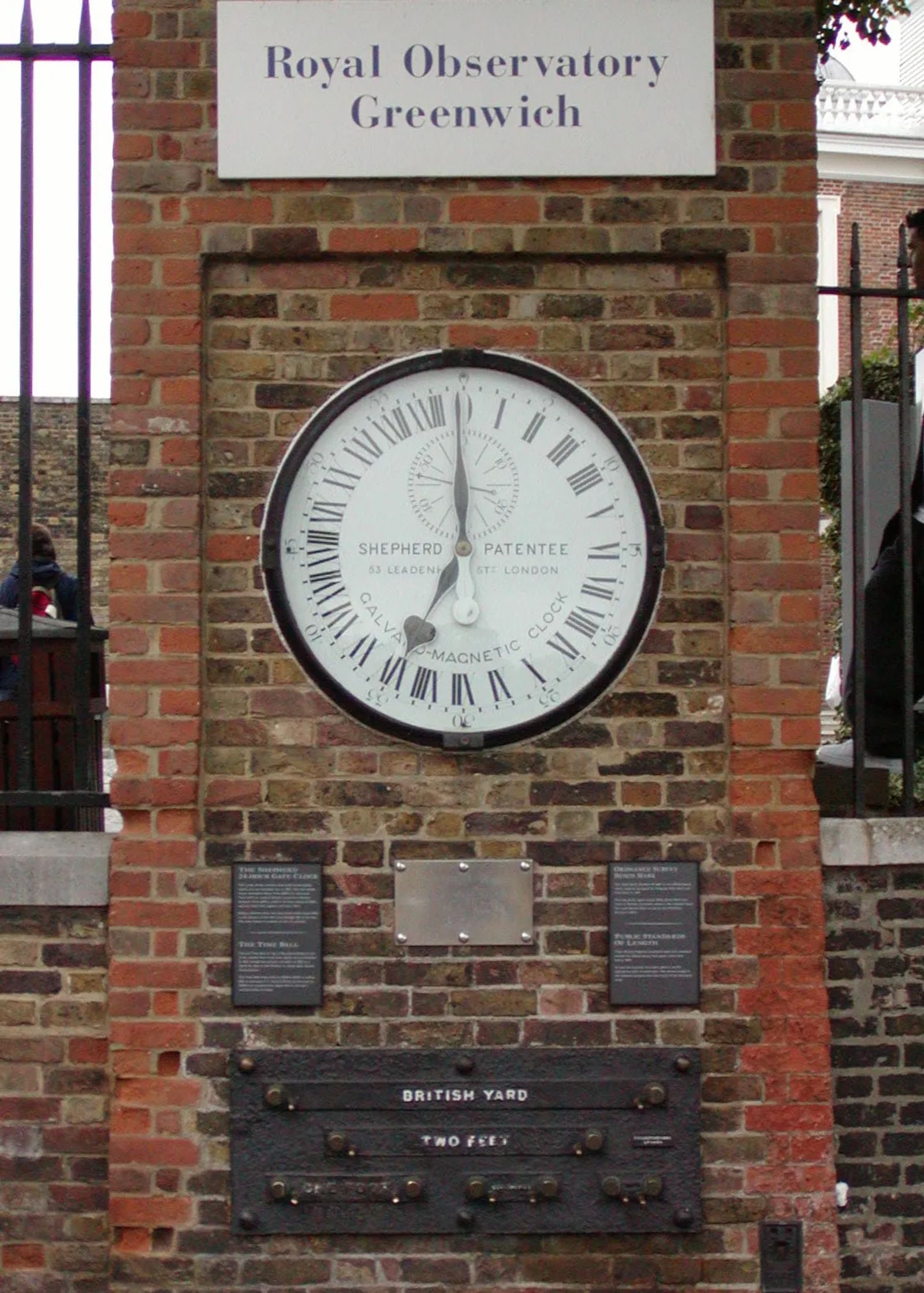 Location: This Hidden Gem is located near the intersection of 51.478 north latitude and the prime meridian, in Greenwich, UK (see the Clue Me! Map).

Most clocks elicit a glance of a second or less, and no second glance. You look, you see the time, you move on.

The Shepherd Gate Clock is a contrarian, grabbing and holding your attention much longer than you would expect. And if you glance and look away, you invariably look again. Strange? Not really. First off, it takes you longer than usual to figure out what time it is, with the clock face showing 24 hours, and with noon at the bottom rather than the top. Is it 7:00 or 2:00? Or 14:00? After a closer look, it’s 13:58 and 47 seconds. Which leads to the second reason the clock retains your attention … the interesting details. The second hand in a separate dial, the use of IIII instead of IV at 4:00, the fact that the clock is a piece of art as well as a timepiece.

Time enough for a digression. We count in tens, yet so much around us is counted in something other than tens. It might make you wonder where the 24 hours and 60 seconds came from.

This goes way back to the ancient Egyptians, who counted in 12s, using their knuckles (point to three knuckles per finger with your thumb). It would have been natural for them to identify 12 stars that divided the night into roughly equal parts (which they did), and to therefore use 12 segments of time during the day as well. As it happens, this worked well in the summer, less so in other seasons, but they made do. The 60 minutes and 60 seconds goes back to the Sumerians, who used a sexagesimal system (i.e. base 60) 4000 years ago. This was very handy from a math standpoint because 60 is divisible by 1, 2, 3, 4, 5, 6, 10, 12, 15, 20, and 30. This system was used by Greek astronomers, and worked so well with circles it was adapted to map coordinates, and of course, to clocks.

An atom of your time, please, for the smallest possible digression. The word “atom” is from the Greek, meaning an ‘indivisible particle.” In Old English, “atom” was defined as the smallest measurable quantity of time, which was determined to be 1/376th of a minute. In other words, about 1/6th of a second.

Keeping the flock on time

This is a very unique clock, with a lot of history, but also enjoyable to look at. I mean, there's something special about a clock that people watch as much as they watch this one.