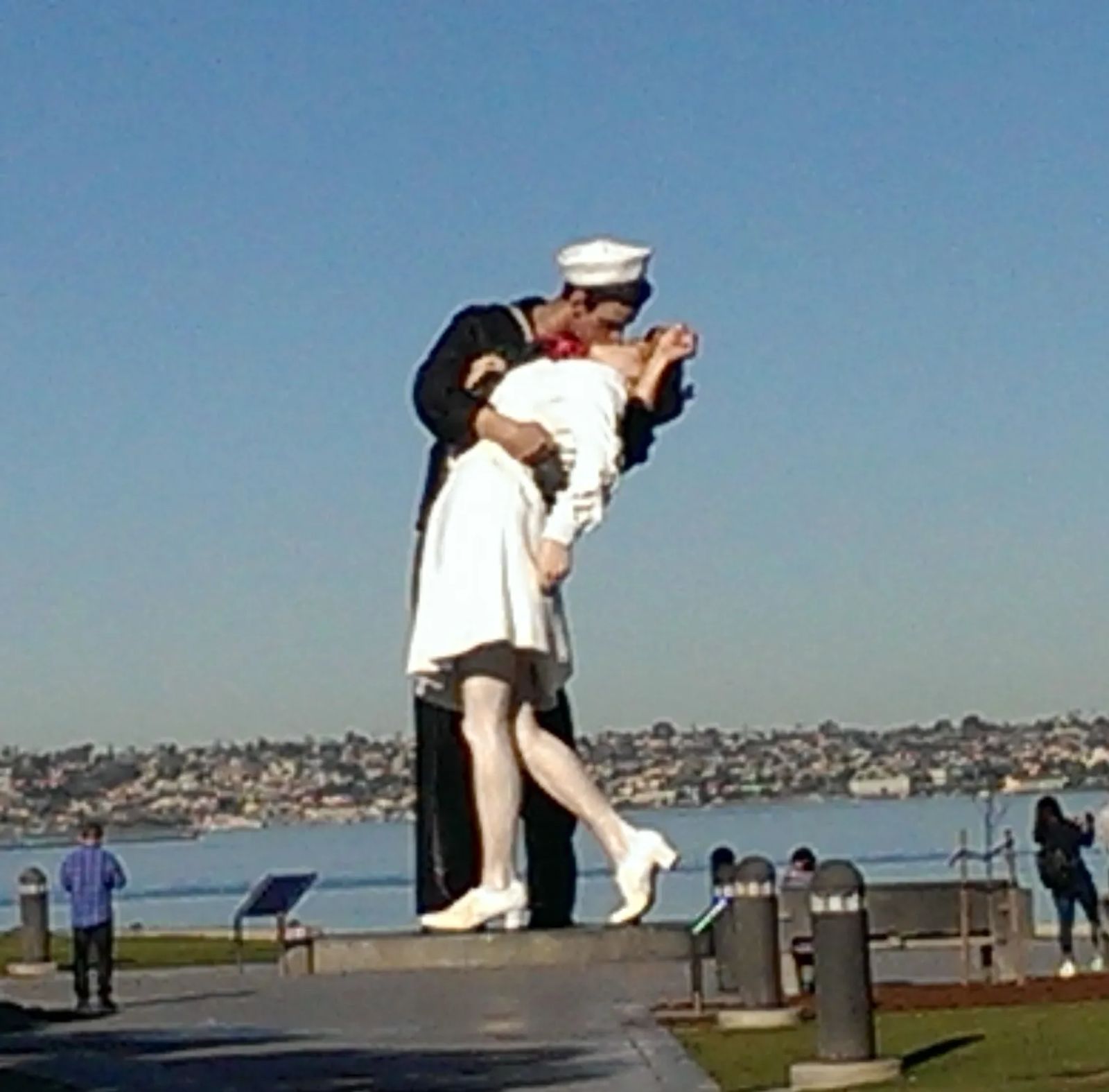 Location:   This 'hidden gem' is located just off Tuna Lane in San Diego, CA (see Clue Me! Map), and depicts a photograph taken in Times Square shortly after the Japanese surrender ended World War II.  The photograph and statue capture a tiny bit of the euphoria that accompanied an end to years of war.  It also happened to be an impromptu 'thank you' to the nurses.

The sailor (George) was home on leave. He was on his first date (with Rita), the woman he was destined to marry. Their movie was stopped midway through with the news that the war was over, and everyone poured out into the streets. Celebration ensued.

Then he saw her. Greta. A dental assistant in whites.

Flash back to three months earlier. George was helmsman on the U.S.S. The Sullivans, the closest ship to the aircraft carrier U.S.S. Bunker Hill when two kamikazes struck the Bunker Hill within 30 seconds of each other. 70 planes on the flight deck, fuel and ammunition exploding everywhere. A short while later, George witnessed the arrival of a hospital ship, and how the nurses rushed to care for and comfort the hundreds of injured sailors.

Back to Times Square. In that moment, Greta represented the nurses.

George kissed her. Rita looked on with a big grin, understanding and appreciating the sentiment. Alfred Eisensteadt's camera clicked four times. Then they went their separate ways.

Statue of couple celebrating the end of World War II

This statue portrays a photograph that was taken in Times Square, just after the end of World War II was announced by President Harry Truman. 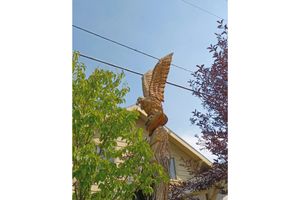 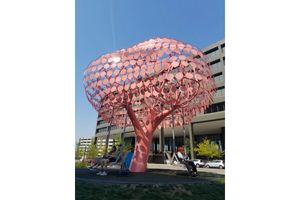 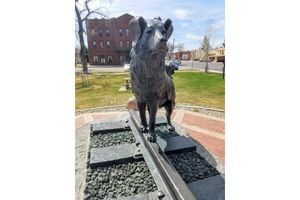