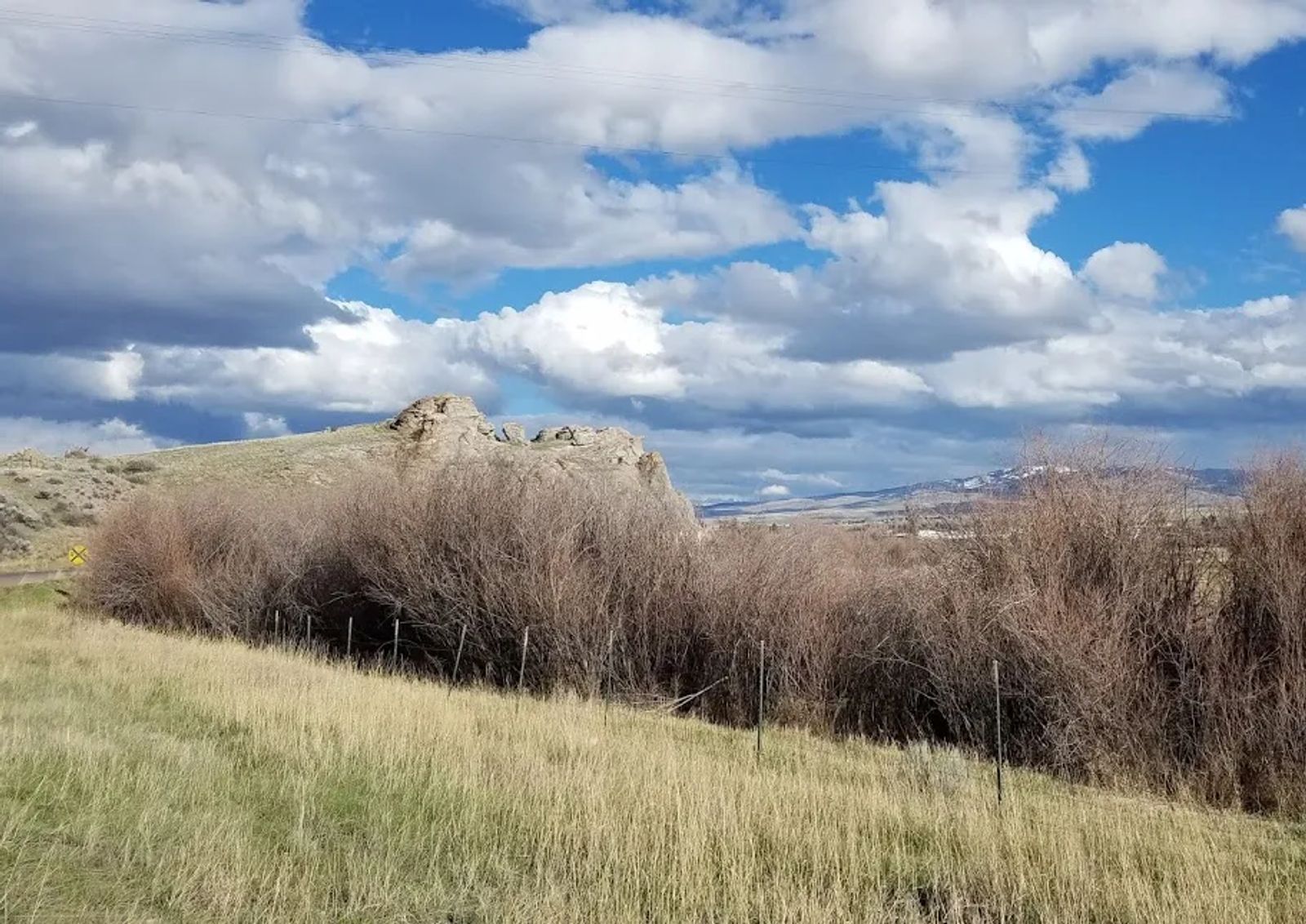 Weekly Gem #194 In the footsteps of history

Location: This hidden gem looks out over Lover's Leap(!) Road and the Beaverhead River, in Dillon, MT (see the Clue Me! Map).

On August 13, 1805, The Corps of Discovery (aka Lewis and Clark expedition) was pooped out, running on empty, bushed and bedraggled. It was a long day, at the end of four long months of ‘adventuring.’ Four months after leaving Mandan, ND, and following the Missouri and Jefferson Rivers upstream, they were now in the Beaverhead River. By August, snowmelt was abating, and the river was too shallow and rocky to float their canoes when fully loaded, so the team walked in the icy cold water, manhandling their canoes upstream.

According to the journals –

They "found the river shoally, rapid shallow, and extreemly difficult. The men in the water almost all day. They are geting weak, soar and much fortiegued; they complained of the forteigue to which the navigation subjected them and wished to go by land. Captain Clark engouraged them and passifyed them. One of the canoes was very near overseting in a rapid today. They proceeded but slowly. At noon they had a thunderstorm which continued about half an hour." (sic Meriweather Lewis)

"The river obliges the men to undergo great fatigue and labour in hauling the Canoes over the Sholes in the Cold water naked." … “the men complain verry much of the emence labour they are obliged to undergo & wish much to leave the river.  I passify them.”   (sic William Clark)

It sounds like a good time and place to stop, take a deep breath, and get your bearings.

Only one problem. You can’t see 50 feet! The Beaverhead River in which they slogged winds back and forth upon itself, and you might walk 100 feet to make 20 feet of headway (as the crow flies). The banks are well covered with willows and other shrubs, blocking most of the view at ground level. There was, quite literally, ‘no end in sight.’

The team happened upon a bluff, now known as Clark’s Lookout. You can walk in the very footsteps of Captain Clark as he climbed to get a bird’s eye view. From here, Clark took compass readings to determine the party’s position with respect to key landmarks:

"From the top of this rock the--

And, he was able to provide landmarks that the team could use ‘see’ the end of the journey (this leg of it, anyway).

As you walk in the footsteps of these brave adventurers you'll notice what a difference standing on the crown of this outcrop makes. Down on flat land, a 6 foot person can see a distance of about 3 miles, assuming no river banks, willows, or angry moose stand in the way. But if that person is just 40 feet higher they can see a distance of about 9 miles - and even farther if there are beautiful mountains on the distant horizon.

A view so grand, that if there weren't mountains in the way, you could probably see... the back of your head!

Clark's Lookout on the Beaverhead River

William Clark (of The Lewis and Clark Expedition, Corps of Discovery) stood here! Right here! In this very spot! And, oh, what a view!