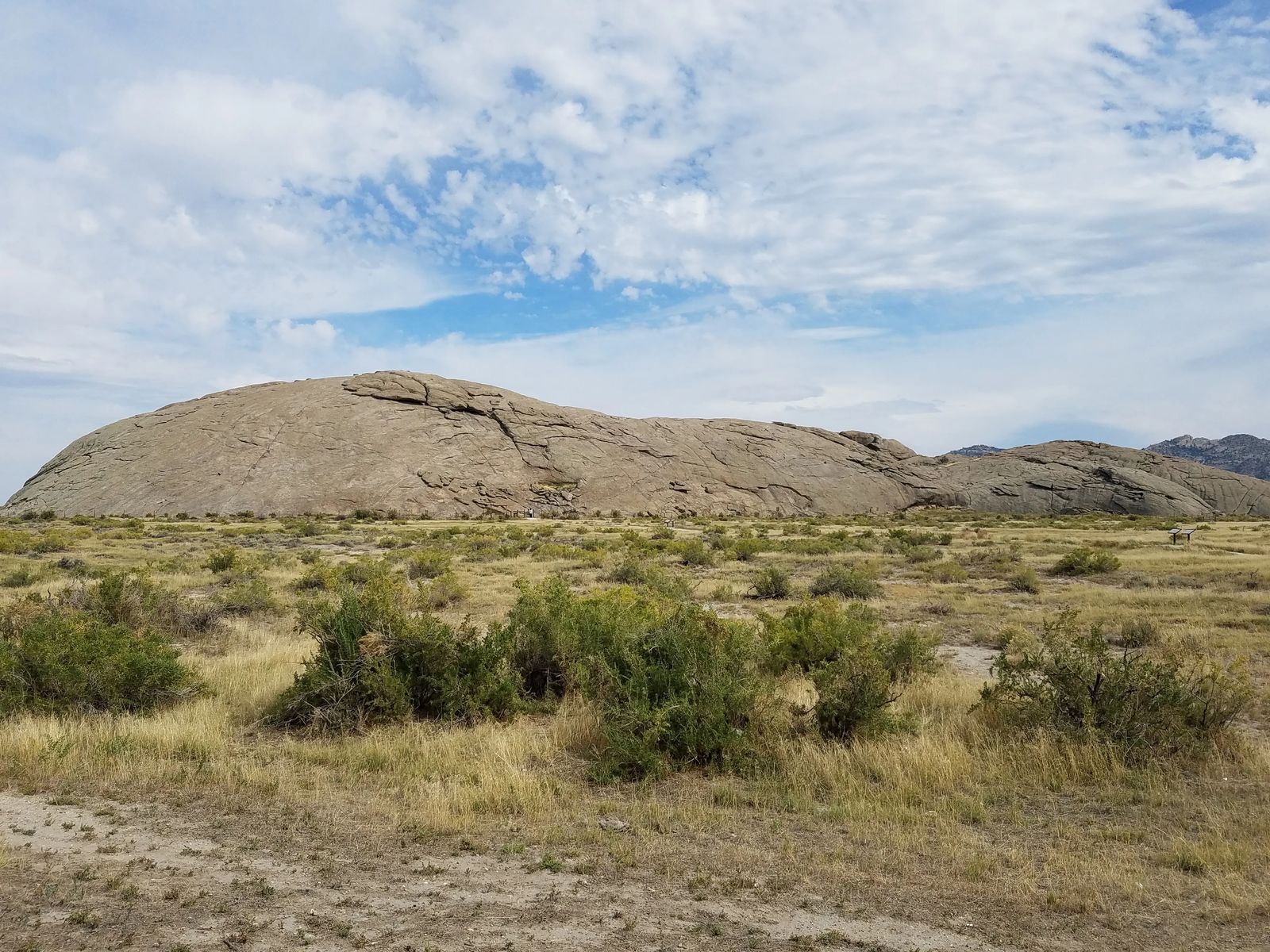 Location:  This Weekly Gem is located near the intersection of Highway 220 and The Oregon Trail ... near as we can figure, it's about halfway between Alcova and Muddy Gap, in Wyoming (see the Clue Me! Map).

What would you do if you saw this massive rock from your wagon train? Stop and carve your name into it, of course!

This huge piece of granite, part of the Granite Mountains, was formed between 2.5 and 4 billion years ago. Wind erosion has weathered and rounded its surface. As windblown sand exfoliated the granite (a process called windfaceting), the surface became polished and smooth. A perfect canvas for those wanting to have their names immortalized for years to come. In 1840 Peter DeSmet called Independence Rock "the register of the desert" because it had so many names carved into it.

In truth though, these pioneers were latecomers. Native Americans had been carving pictures onto this rock since prehistoric times. In fact, so many carvings and paintings were applied, that the rock became known to Native Americans as “Painted Rock.”

Fortunately, or not, the feldspar and mica that is common in the rock is quickly removed by windfaceting, so that most of the Native American pictures, as well as the pioneer inscriptions, are either completely erased or illegible.

Independence Rock is a landmark along the Oregon and California trails. The emigrants knew that if they reached this landmark by Independence Day they were on schedule to get through the mountains before the snow would begin to fall.