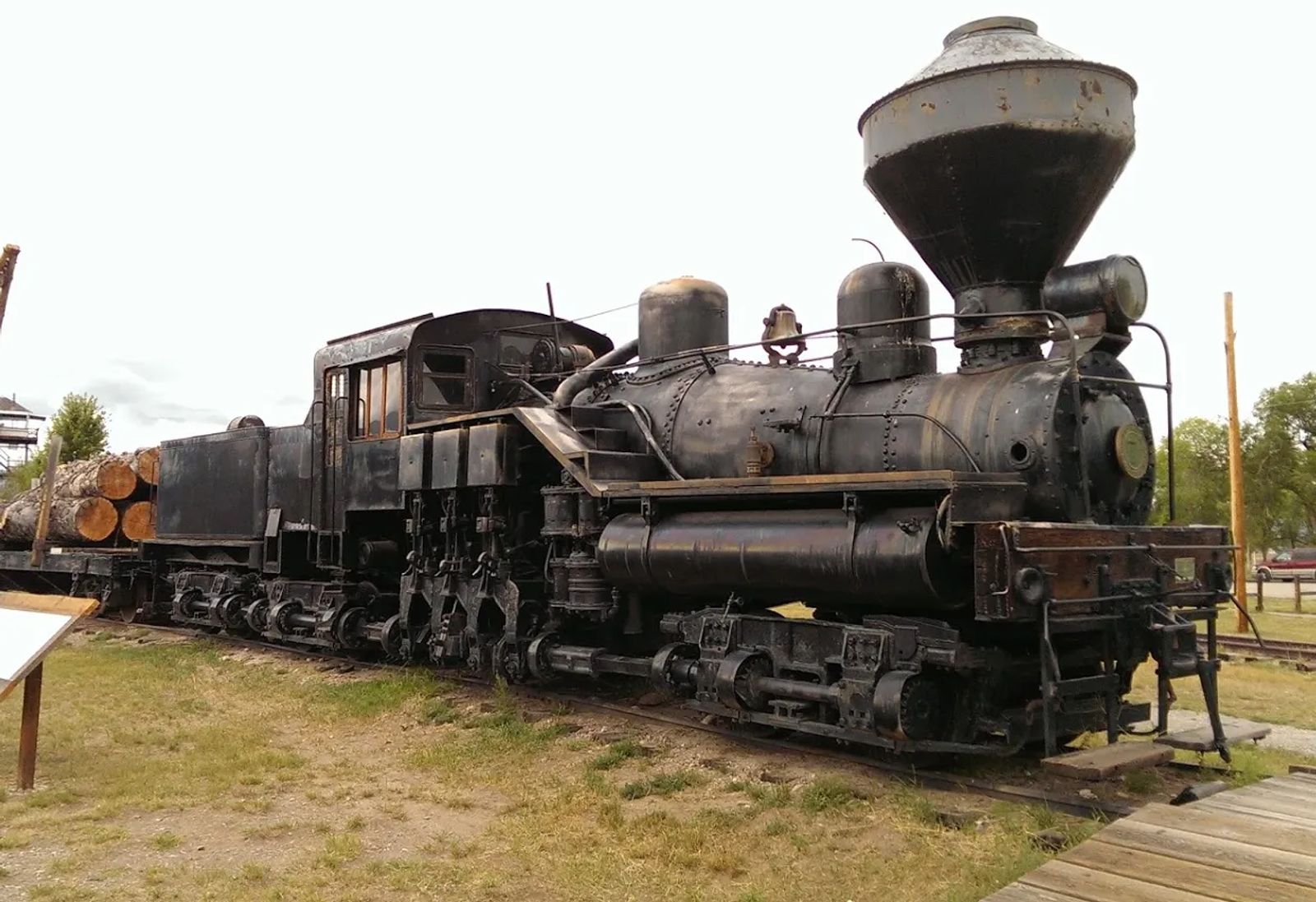 Location: This hidden gem is located at historic Fort Missoula, in Missoula, MT (see the Clue Me! Map).

“It ought to be plain how little you gain

by getting excited and vexed.

You'll always be late for the previous train,

and always on time for the next.”

If you love an old train, you’re in luck. Old Number 7 invites you to get right up close. Moreover, you can get a good look at an “a ha!” moment by one Ephraim Shay, who was a soldier in the Civil War, and afterwards a teacher, a forester, a lumber yard owner, an architect, a general store owner, and of course, an inventor of steam locomotives.

Ephraim solved one of the big problems with early steam locomotives. Can you guess what it was? Hint: Parallel thinking will get you on the right track!

Cutting to the chase … early steam locomotives had their pistons connected directly to the drive wheels. This meant you probably only had two drive wheels (one for each piston), so if you pushed them too hard, they would start spinning rather than rolling. Consider trying to roll up a steep grade in Montana, or if there is snow or ice on the track. Talk about spinning your wheels!

Shay separated the pistons from the wheels. See the three boxes? That’s the motor, with crank shafts dropping down from each box to turn the horizontal gear shaft you can see running from the front to the back of the locomotive. We now have six drive wheels, spread across the full length of the locomotive, therefore creating more traction and less spin. We can also add a gear, making it easier to start and move at low speed, but also go faster on the flats.

There are many other details that train aficionados would enjoy during a visit, but one item remains notably unmentioned. Who gets to ride on those little platforms in the front? Decidedly not OSHA approved!

This antique steam locomotive covered a lot of ground in Montana. Who doesn't love an old train?