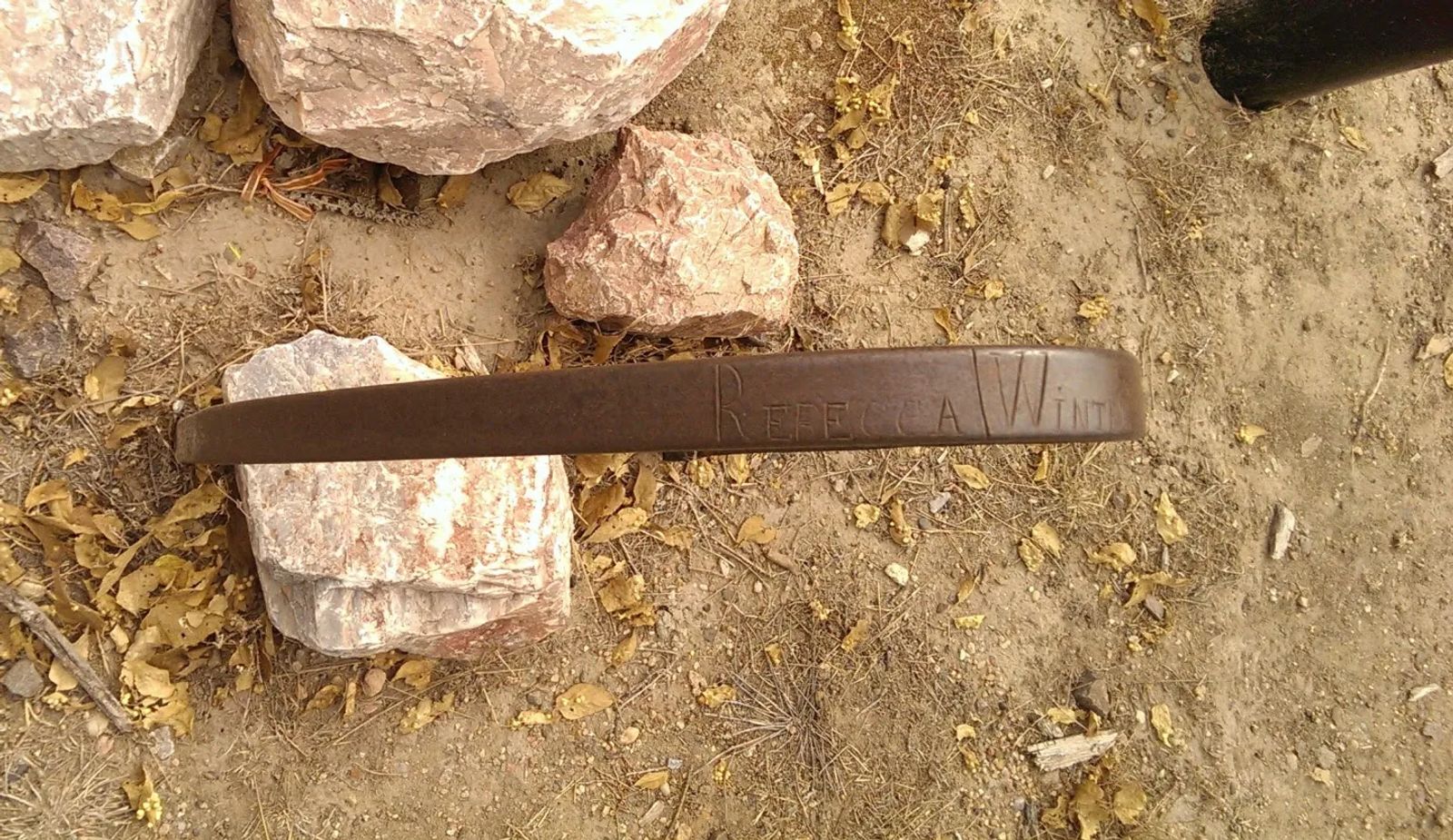 Location: This hidden gem is located at the intersection of Highway 26 and S. Beltline Hwy E., in Scottsbluff, NE (see the  Clue Me! Map).

During the 1800s, a few hundred thousand pioneers made the journey across the Great Plains and Rockies, heading for Utah, Oregon, and California. This trip was high risk. One in every twenty people who started, died on the way. If you start walking the length of the Oregon Trail, California Trail, and Mormon Trail, there's a pioneer buried just about every 200 steps (on average).

The (almost) universal practice was to bury the dead in unmarked graves. Rebecca Winters was the exception. Rebecca died of cholera as her party was nearing Scott's Bluff. A close family friend, William Reynolds, was also in this party. Reynolds had the tools and skills to carve her epitaph into the iron from a discarded wagon wheel band.

She was buried, the iron band planted to mark the site, and the party continued on. Years passed, and the site was forgotten, until 1902 when a rail line was being built through the old wagon train path. The year she would have turned 100, railroad surveyors rediscovered this grave marker. In the hundred years since, her monument and "tombstone" have come to represent all those emigrants whose final resting place is unknown, but somewhere on the trail.

The grave site of Rebecca Winters

Thousands of pioneers died on the Oregon Trail while traveling to their new homes out west, and almost all were buried in shallow, unmarked graves. When Rebecca Winters died, there happened to be the iron cover of a broken wagon wheel and someone with tools who could chisel her name into it. They buried her, covered her grave with stones, and erected the 'headstone,' making this one of the only marked graves along any pioneer trail.