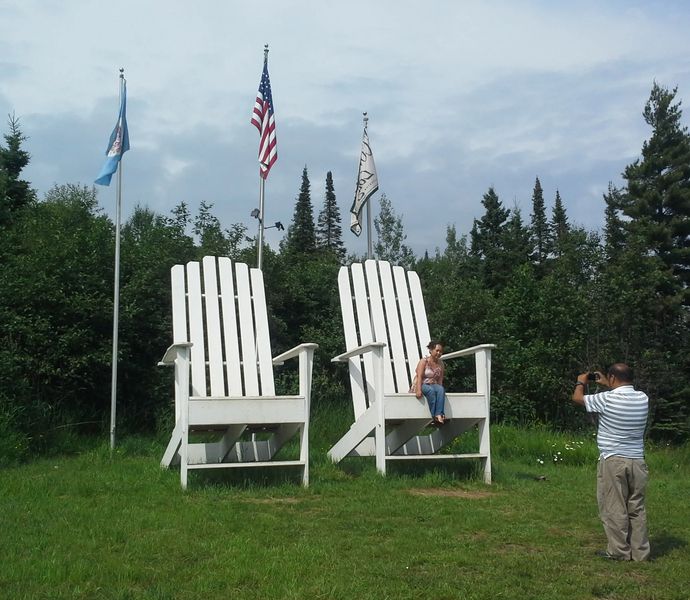 Location: This 'hidden gem' is located along the North Shore of Lake Superior, near Beaver Bay, MN (see Clue Me! Map). This is one of those gems that is simply a unique, two-of-a-kind spot, to see as you're passing through. Maybe you just stop for a look. Or if feeling brave, and limber, you can experiment to discover which contortions are required to safely ascend, find your balance, and return safely to the ground once more.  Come to think of it, they're probably just about right for Pierre, over in Two Harbors ... though he'll need to deal with the trousers situation first.

Q:How do you make a giant lemonade stand? A:Take away its giant chair!

They're a delightful photo op! The first Adirondack chair was made by Thomas Lee while he was vacationing in the Adirondack mountains. He called it the "Westport Plank Chair." He offered the design to his carpenter friend, Harry Bunnell, because Harry needed some way to make money during the winter months. Harry made "Westport Chairs" for the next 20 years signing each chair he made.