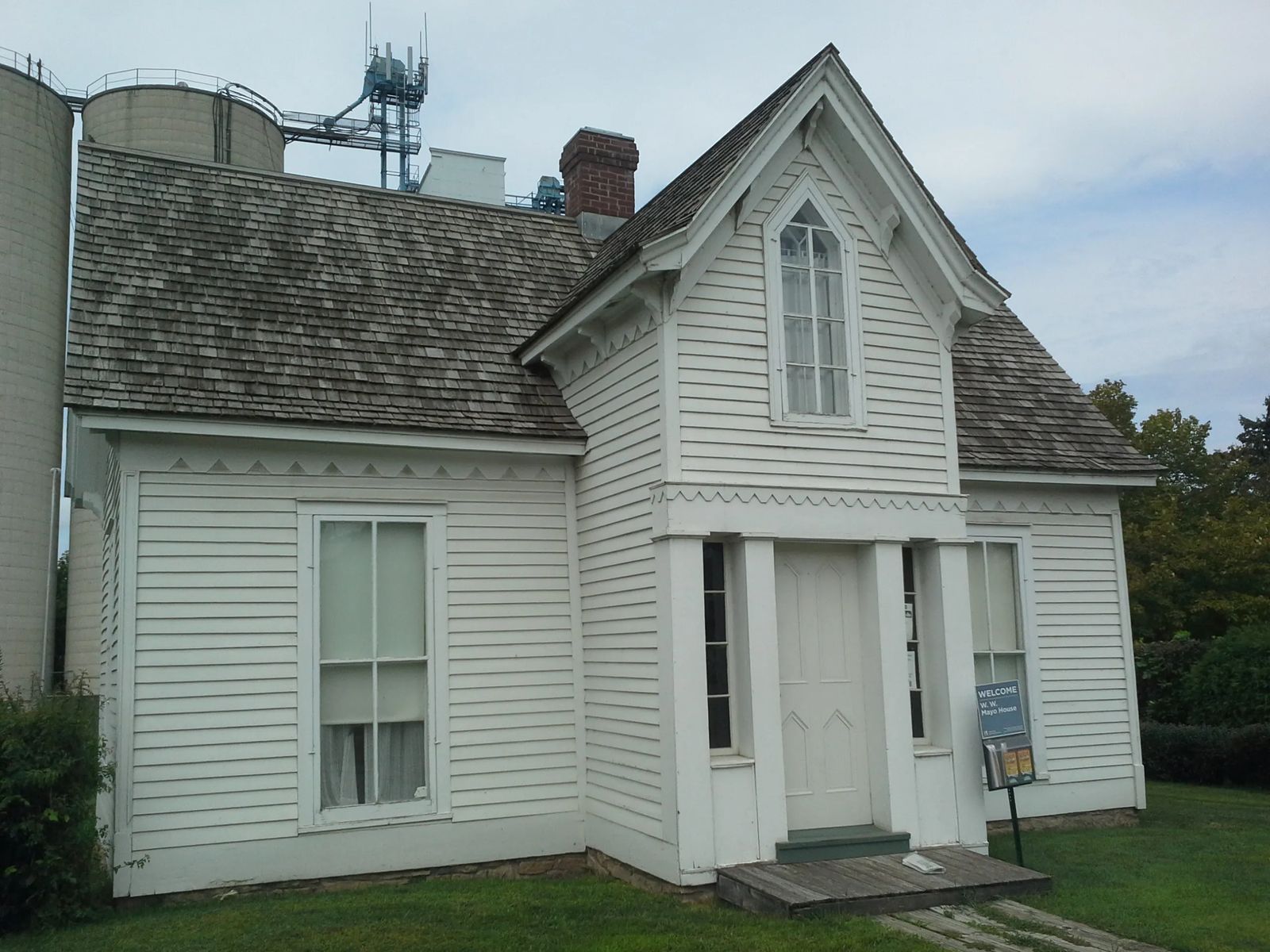 Location: This 'hidden gem' is located on the south corner of Mother Louise Park in Le Seuer, MN (see the Clue Me! Map). This modest home was the first residence of Louise's eldest son, William Mayo, who a few years later would help found the Mayo Clinic in Rochester, MN.

William, and his brother Charles, were on the medical school path from pretty much from birth. They moved to a farm near Rochester, and their days were filled with school during school, and additional lessons on scientific and social topics after school.

Then came the tornado that set the stage for the Mayo Clinic. It tore through Rochester, causing many deaths and injuries ... but there was no local hospital. William had just become a doctor, who joined his father (also a doctor), and Charles (who was on the path) to treat the injured in a makeshift clinic. Soon after, the decision was made to create a new hospital in Rochester. The organization evolved and was led by Will for many years, who turned it into one of the most capable and prestigious medical practices in the world.

In spite of their positions, the Mayo brothers were very friendly, very accessible, and were certainly well loved. Since there could be confusion asking for "Dr. Mayo," they became Dr. Will and Dr. Charlie. Dr. Will was a world leader in abdominal and pelvic surgery, while Dr. Charlie specialized in head, neck, neurology, and orthopedics.

As they became well-known, many people would go out of their way to seek the Mayo clinic services. Among these was (of course) a certain pompous and arrogant clientele. On one occasion, a gentleman from out of town came up to Dr. Will and asked, in a very superior tone: "Are you the Head Doctor?" Without missing a beat, but a glint in his eye, Dr. Will replied: "No, my brother is the head doctor. I'm the belly doctor!"

No, Dr. William W. Mayo didn't invent mayonnaise. He was the medical director of St. Mary's Hospital - the future Mayo Clinic in Rochester, MN. This was the house he built and lived in when the first of his two sons was born. He and his two sons, Dr. William J. Mayo and Charles H. Mayo founded the world-renown Mayo Clinic. This house was also home to the Carson Nesbit Cosgrove family of the Minnesota Valley Canning Company also known as Green Giant.