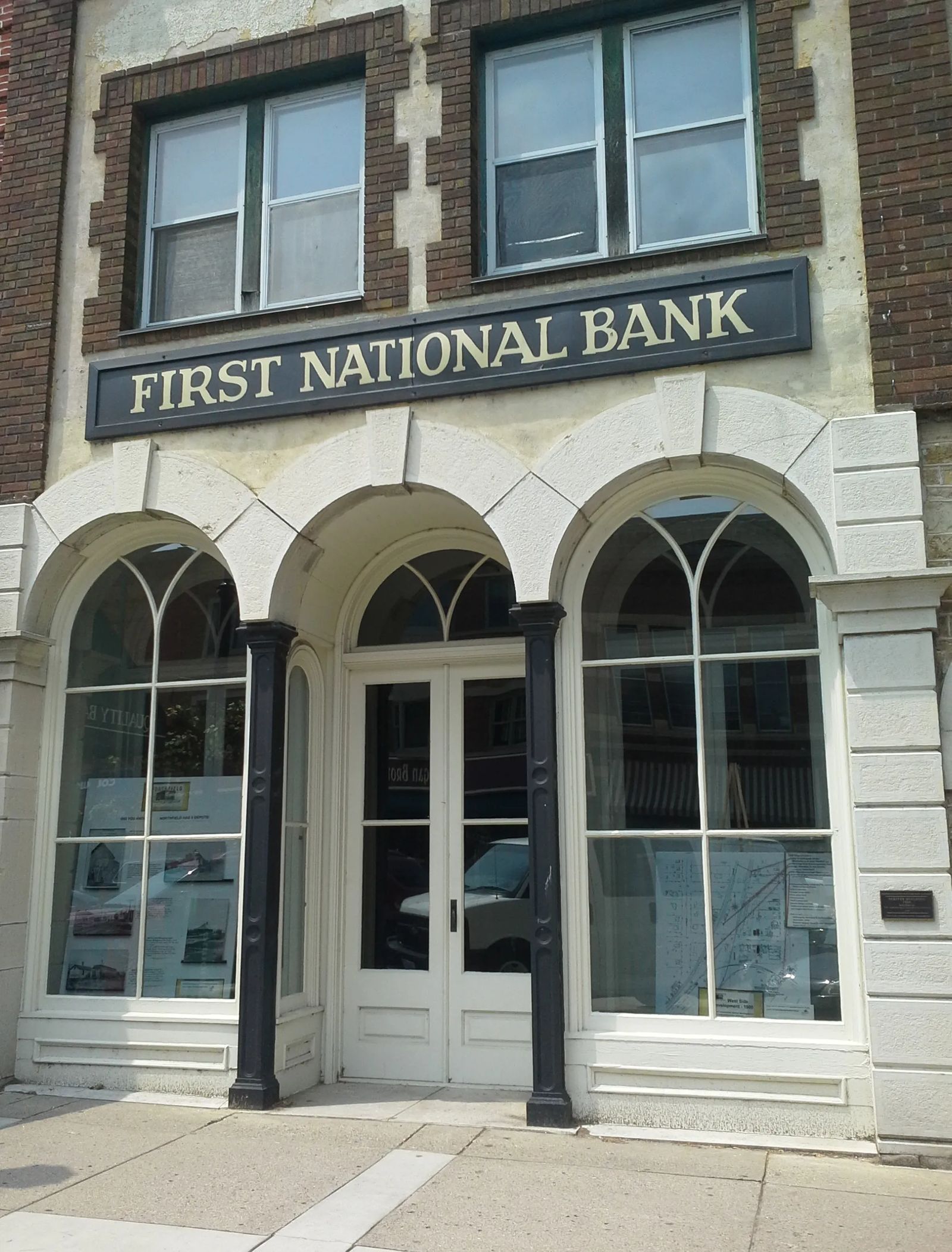 Location: This 'hidden gem' is in Northfield, MN (see Clue Me! beta map ). About this time of year, on Sept. 7, 1876, the James and Younger brothers and their gang rode into Northfield, MN, thinking they would make a 'withdrawal' from the First National Bank. With a decade of successful bank and train robberies behind them, they had a certain arrogance that was noted by townspeople who recognized by their manner that trouble was afoot. Northfield's population included many being civil war veterans, who weren't thinking about backing down, but rather putting a stop to this nonsense.

The robbers' arrogance was undoubtedly diminished when the quiet and unassuming bank clerk, Joseph Heywood, refused to open the safe. Perhaps taking advantage of the consternation brought about by Heywood standing firm, another bank employee saw a chance to make a break for it. He escaped, being badly wounded in the process, but raised the alarm. The gang realized it was time to get the heck out of Dodge! They departed the bank with a nothing but a bag of nickels, one of them killing Mr. Heywood on the way out.

In addition to being the bank clerk, Heywood was also the Carleton College treasurer.  From a plaque in his honor at Carleton College: "The President [of Carleton College] has been inspecting the new time lock which had just been placed upon the door of the vault. The circumstance recalled to his mind the famous St. Albans bank-raid, which had especially interested him through his personal acquaintance with the victimized cashier. Having spoken of the course pursued by the raiders in that case, he said, in mere playfulness, to Mr. Heywood, "Now if robbers should come in here and order you to open this vault, would you do it?"

With a quiet smile, and in his own modest way, Mr. Heywood answered, "I think not."

"A man has plenty of time to think in prison, and I might add that it is an ideal place for a man to study law, religion, Shakespeare, not forgetting the president's messages. However, I would advise you not try to get into prison just to find an ideal place for these particular studies." (Cole Younger in "What My Life Has Taught Me")

"Get your guns, boys! They're robbing the bank!"

This bank was the beginning of the end for Jesse James. The arrogant James-Younger gang rode into town to rob the bank, but were ridden out of town by the townspeople throwing cast iron skillets, bricks and aiming birdshot at them as they rode away. They got two members of their gang killed, two men wounded, and only $26.70 for their efforts. Being chased by the largest posse ever formed (about 1,000 men), the gang split up never to rob a bank again.