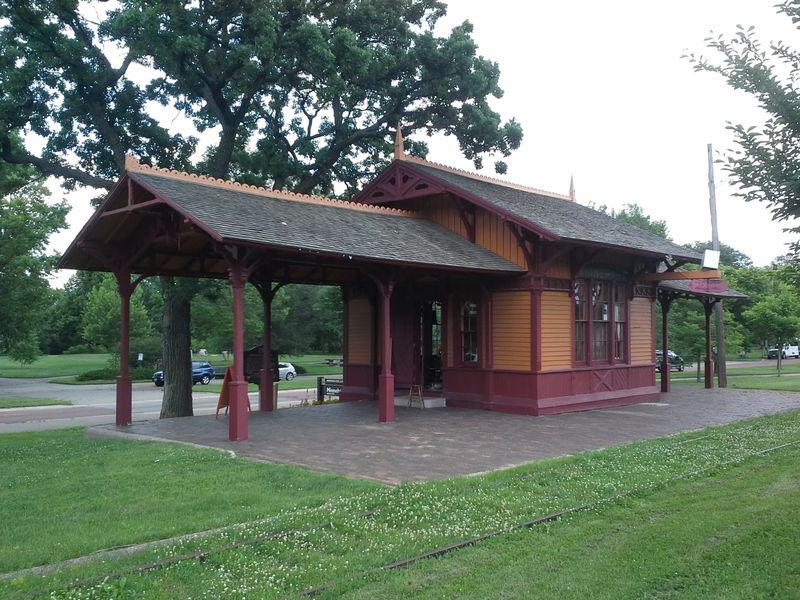 Location: This 'hidden gem' is located in Minneapolis, MN, in Minnehaha Park (see Clue Me! Map). Small though it is, it was a transit point for thousands of people each year, ranging from locals going to the Minnehaha Falls for a picnic, vacationers savoring a ball game or deep dish pizza in the Windy City, and thousands of soldiers making their way to and from nearby Fort Snelling.

This train depot, built in 1875, was the first train depot connecting Minneapolis to Chicago. In spite of its small size, it was used by thousands. The Milwaukee Railroad builders dubbed Minnehaha Depot "The Princess" because of the detail of the Victorian woodwork and gingerbread canopy.