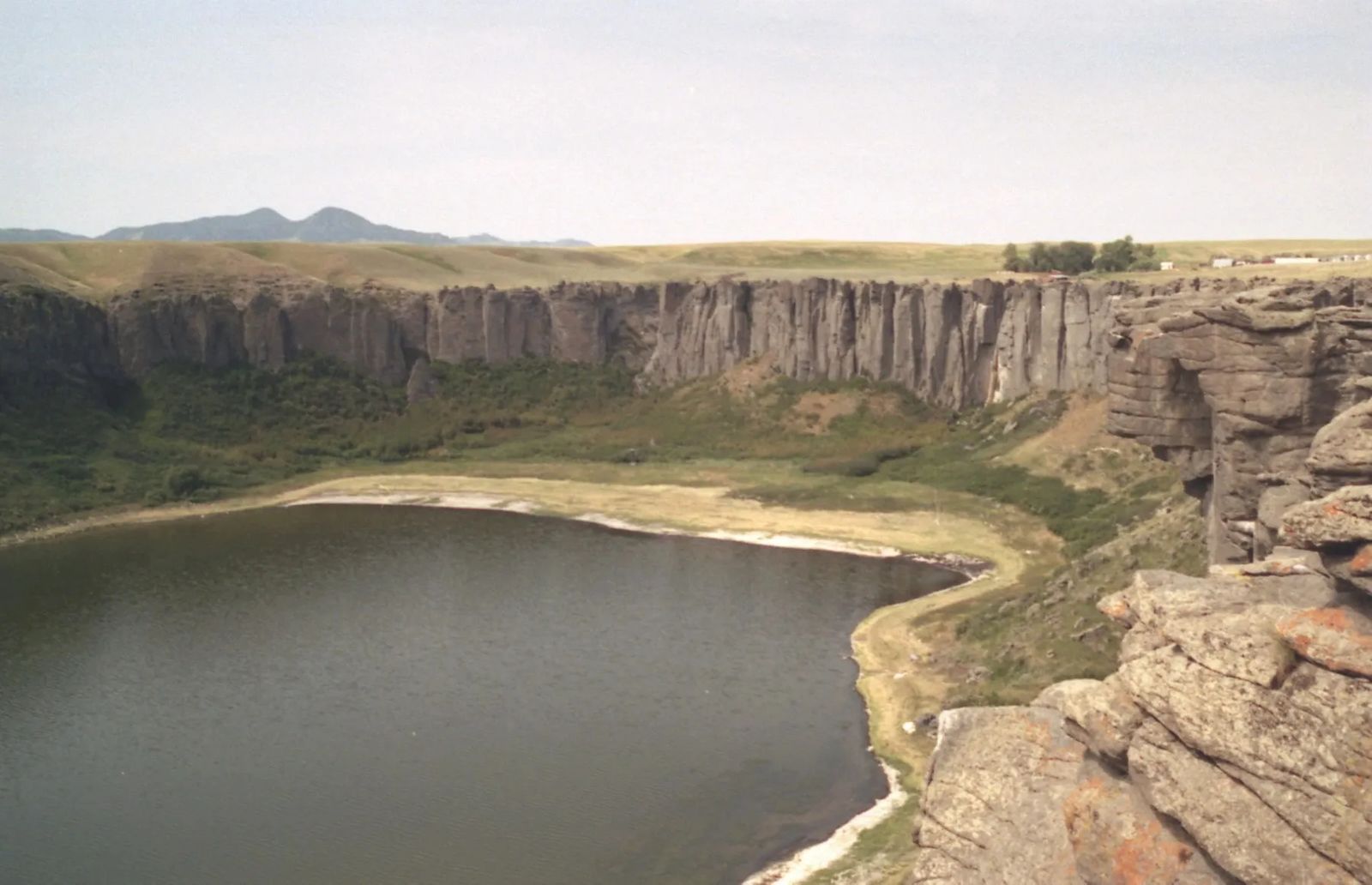 Location:   This 'hidden gem' is located in "The Boonies" in Montana ... east of a place called Shonkin, which is basically a grain elevator near the intersection of Shonkin Road and Shonkin Creek. Look about 50 miles east northeast of Great Falls (see Clue Me! Map).

It's really no wonder the lake is lost.

But the photo and description below paint an amazing picture. Imagine the river, nearly a quarter a mile across, water flooding over the cliffs to pound the rocks 300 feet below. The roar would be heard for miles, and billowing mist the same. It's no wonder the place was so popular with Native American newlyweds and other sightseers, who often sat for hours, mesmerized by the sights and sounds. An awesome place for a picnic, to make arrowheads, or imagine going over something like that in a barrel.

This is how you "hide" something twice the size of Niagara Falls.

During the last glacial period, about 15,000 years ago, there was a waterfall twice the height and twice the width of Niagara Falls! Dry Falls, as they are called today, must have been a sight to see. The total height from the brink of the falls was about 300 feet. Part of the Shonkin Sag (Geologists Rejoice!), it is now a fossil lake - we can see the dry waterfall and only imagine its earlier grandeur. The Shonkin Sag is a now-dry valley carved by river flow and glacial melt water.