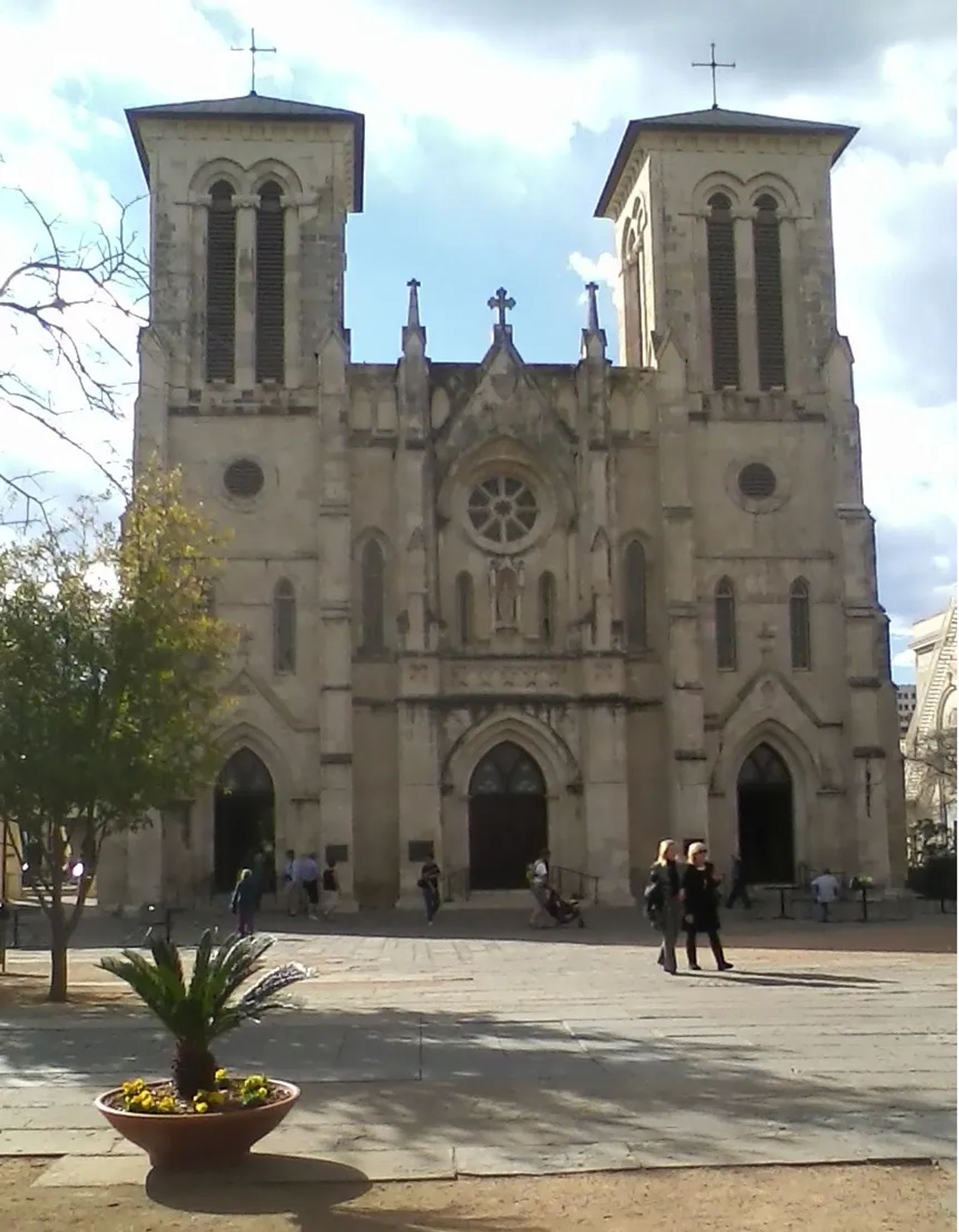 Location:  This 'hidden gem' is located in the dead center of San Antonio, Texas, about a half mile west of The Alamo (see Clue Me! Map).  As we post this, it is exactly 180 years since the Alamo fell on March 6, 1836.

The San Fernando church was near the thick of it, maybe even Mexican General Santa Anna's headquarters. As noted by the author of this gem, Santa Anna raised a red flag from this church's tower upon his arrival in San Antonio, a signal to the Alamo defenders that none would be taken alive. Davy Crockett and Jim Bowie were two of the more famous defenders who died that morning, along with nearly 200 others. About 15 women, children, and slaves were spared.

After the battle, Santa Anna ordered all the defender's bodies to be taken outside the compound and burned. Some weeks later, the remains were collected ... exactly what happened to them isn't known, but there was a box found in this Cathedral 100 years later (1936) that contained burnt remains, and a letter saying that the box contained the bones of Jim Bowie, Davy Crockett, and William Travis (the commanding officer). The contents of that box are now in a marble coffin in the Cathedral (photo below).

You might wonder why Davy Crockett and his fellow Tennessee volunteers were at the Alamo rather than Nashville or Memphis. Davy had been a Tennessee Congressman, with his sights set on running for President of the U.S. However, those plans were foiled when he failed to win re-election to Congress in 1835. It is said that his response to his constituency was: "They can go to hell, and I'll go to Texas."

Bell tower visible from the Alamo

The San Fernando Cathedral and its towers

The battle of the Alamo lasted 13 days, with the main assault and fall of the Alamo taking place over just a few hours on March 6, 1836. The Mexican leader, Santa Anna, communicated with the Alamo garrison by flying a red flag from this church (which he may have also used as his command post). Only a half mile away, the Alamo defenders could easily see the flag, which told them there would be no prisoners taken. 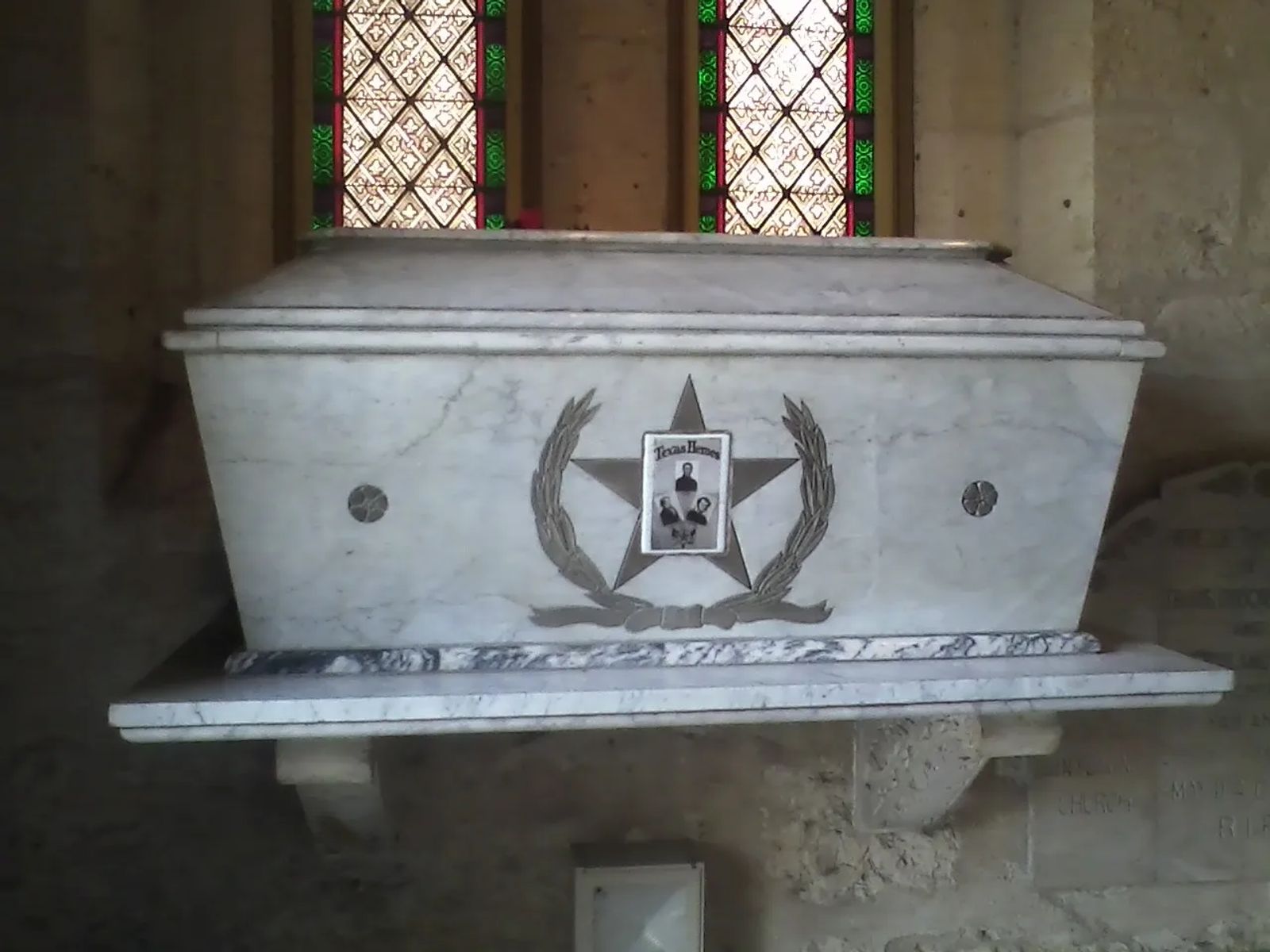