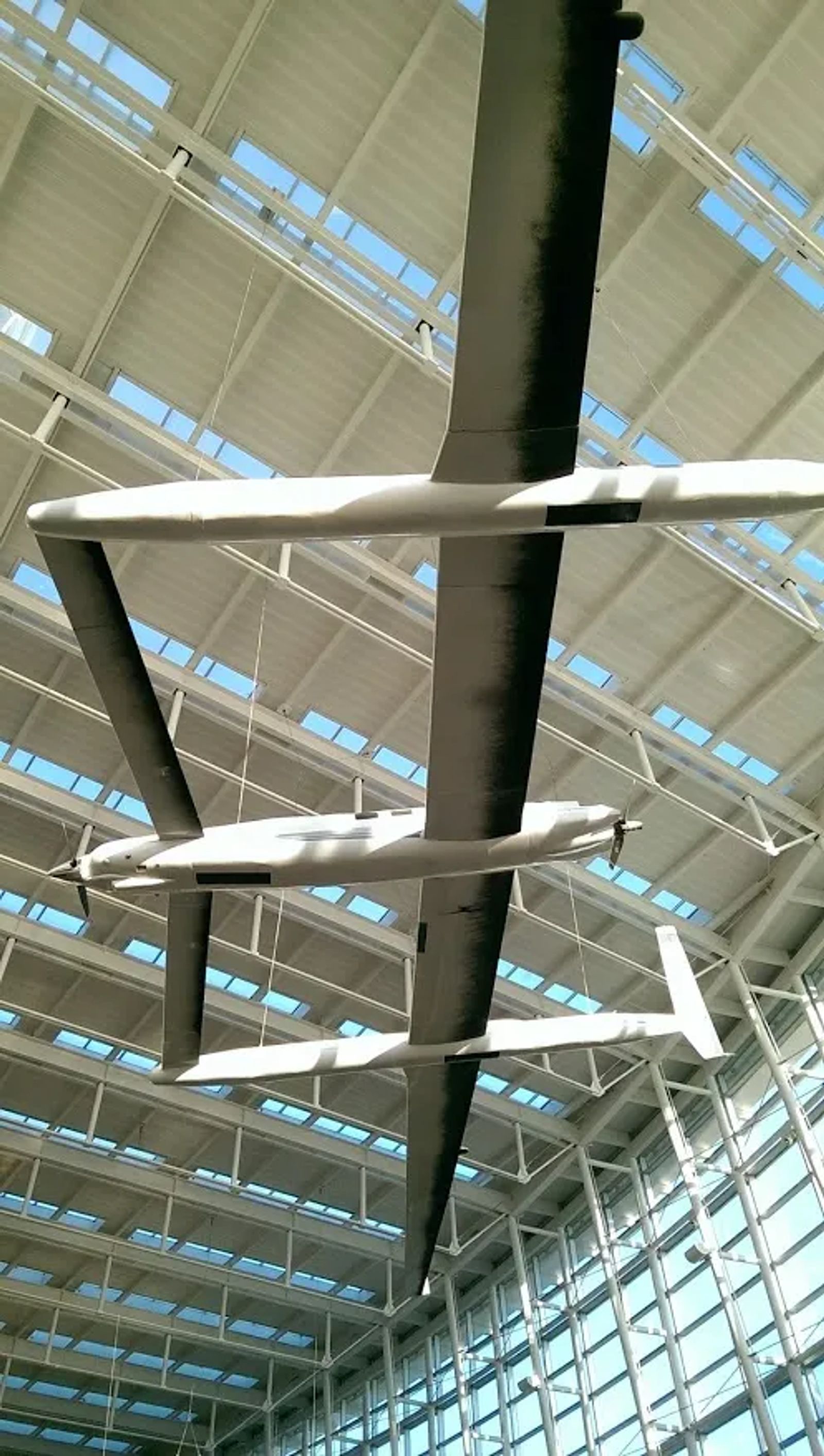 Location:  This 'hidden gem' is inside the terminal of the Seattle Tacoma Airport, but 'pre-security' so anyone can take a look (see Clue Me! Map).  In 1981, there was one flight record that had never been set, which was to fly around the world non-stop and without refueling. Dick Rutan and Jeana Yeager could fly (that's putting it mildly) and Burt Rutan could build small and efficient planes. They decided to break the record.

Nearly 6 years later, December 14, 1986, Dick and Jeana took off from Edwards Air Force base in the one-seater aircraft called Voyager. They returned 9 days, 3 minutes, and 44 seconds later, on Dec. 23. Home just in time for some last minute Christmas shopping!

In case you missed it. "They" took off in the "one-seater."

The plane was mostly wing and fuel tanks. To say that the space for the pilots was cramped would be generous. The cabin was about 3 feet across and 8 feet long. The person flying sat in the pilot's seat. The other person had to lie down at all times.

At take-off the wings were so heavy with fuel that they scraped the ground and were damaged. The plane barely became airborne, and the first order of business was for Rutan to fly at such an angle that the air currents broke off the broken ends of the wings.

They had no safety gear to speak of, nor any noise dampening materials built into the frame. The trip was cramped, loud, tiring, and one they were very happy to finished. But they were able to fly around the world, starting at Edwards AFB, and ending there, on one tank of gas.

The Voyager Aircraft (full-scale mock up)

Two people rode this plane for over 9 days, non-stop, and without refueling. It's reasonable to imagine that happening in an abstract sense. Then you see this aircraft, and the tiny space the two pilots occupied. At that instant, the trip becomes astounding.