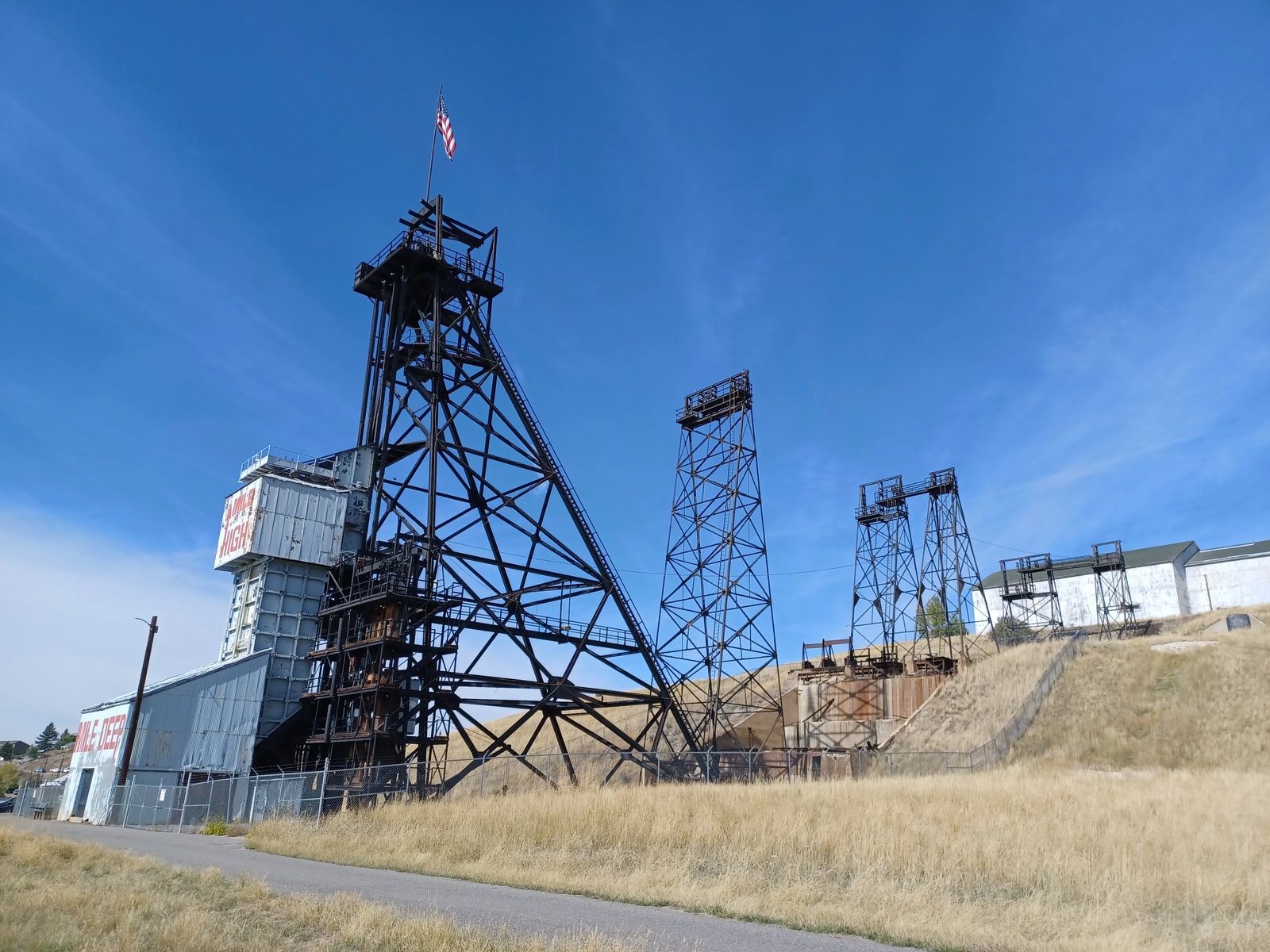 Location: This hidden gem is at, and under, the Mountain Con Mine in Butte, MT. (see the Clue Me! Map).   Butte is built on the “richest hill on earth,” laden with valuable metals, including enormous amounts of copper.

Ironically, most of the first miners missed out on the big money. They came, they found some gold, nothing to write home about, and they left. Some of the most stubborn refused to leave, kept turning over rocks, and found silver. Marcus Daly arrived in 1876, managing one of these silver mines, when a light went on. Literally. He had been noticing more and more copper showing up in the silver ore. He also noted that the U.S. was beginning to install electricity, which needed copper wires. He bought a big chunk of the mineral rights under this hill. Cha Ching!

The more they dug, the more copper they found, so they kept on digging. And digging. And digging. Giant ‘headframes’ such as the one shown here were used to support elevators that put people, mules, and equipment down, and pulled ore up. There were dozens of these headframes scattered throughout Butte, at the top of mine shafts that went down over a mile deep in some cases. Horizontal tunnels were cut every 100 to 200 feet off of each of the shafts, intertwining with one another. By the time they finished, there were 10,000 miles of mine tunnels under the city of Butte, turning the richest hill on earth into what is arguably the most porous hill on earth.

That’s a lot of rock. In fact, if you put that rock into blocks that are 1 foot on each side and laid them end to end, they would circle the earth 40 times, plus a smidge. Those blocks could be stacked, and they would go to the moon and back, twice.

A great 3D visual of these tunnels has been created by the Montana Bureau of Mines & Geology, which you can see here - https://pitwatch.org/computer-model-shows-berkeley-pit.../.

Let me down gently

A "headframe" for the old Mountain Con Mine

This is one of the many headframes in Butte, which were used to take all the ore and tailings out of the copper mines, and put all the people and equipment down into the mines to dig and build them. That was a lot of rock, mules, people, and equipment!