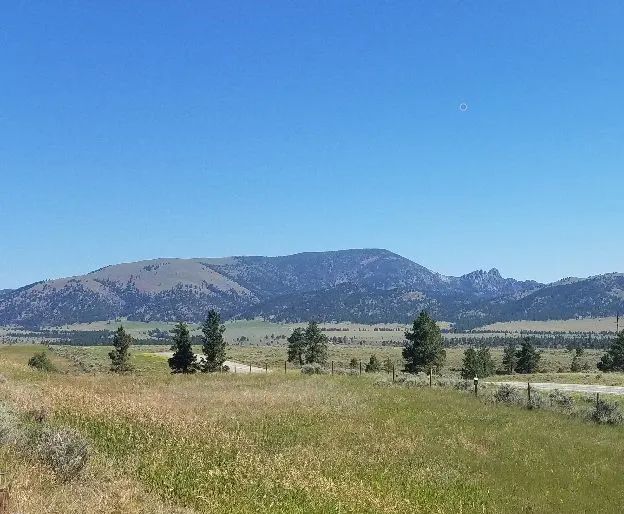 Location: This hidden gem is seen from the intersection of Interstate 15 and Gates of the Mountains Road, near Helena, MT (see the Clue Me! Map). The Sleeping Giant has been an enchanting landmark for generations of people taking the highway north out of Helena. But for thousands of years before that, this same mountain was a foreboding landmark (known as the ‘beartooth’) to Indigenous People traveling the Old North Trail.

The Old North Trail was a major thoroughfare along the eastern edge of the Rockies, running all the way from northern Canada to Mexico. This trail went right past the craggy rocks that make up what we now think of as the Sleeping Giant's face (on the right side of the photo).

In 1874, an earthquake completely changed the appearance of this ridgeline. The quake dislodged a massive, pointed rock that looked like a bear’s canine. When that sharp ‘tooth’ was still there (protruding from the ‘forehead’), the ridgeline bore a striking resemblance to the jaw of a bear. Therefore, to get past this area, Native Americans needed to walk right through the bear’s maw!

To make things worse, the rocks in this area were naturally fragile, and would often fall. The whole area had a spooky feel, and people would push through as quickly as possible.

In 1805, Lewis and Clark walked along this same area of the Old North Trail, and saw the impact of hundreds of years of moccasins, travois poles and horse hooves. Clark wrote, "...the roade which passes this mountain is wide and appears to have been dug in maney places."

In 1893, the Beartooth got his new moniker. A visiting writer was enchanted by the view across the Helena Valley. He wrote a newspaper article about Helena's "sublime and picturesque hills inspiring poets and story-tellers." He called the Beartooth Mountain a sleeping Dutchman with the headline of the article, "A Sleeping Giant." And the name stuck.

This landmark looks like a sleeping man with his head to the east and his feet to the west. There used to be another "nose" on his "forehead" before the 1874 earthquake knocked it down. Until this happened people called it the Beartooth Mountain because it looked more like the mouth of a bear.