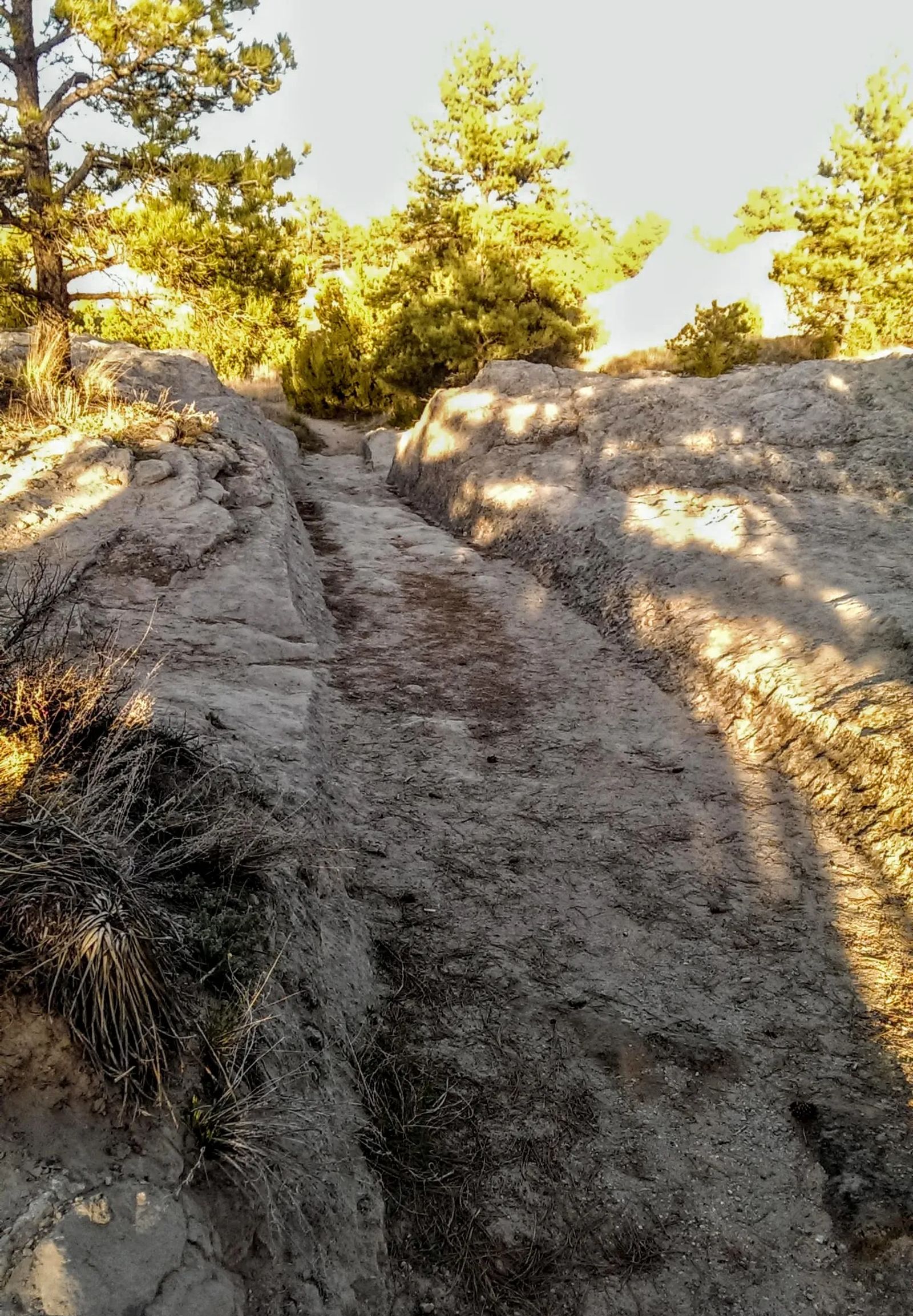 Location: This hidden gem is located on the south edge of Geurnsey, WY (see the Clue Me! Map). About three or four days after the very difficult climb and descent at Scotts Bluff, pioneers heading west ran into a much more manageable obstacle here at Geurnsey. The resulting "Geurnsey Ruts" are the most well preserved wagon ruts along the Oregon Trail.

This part of Wyoming has several areas of sandstone and limestone poking up through the prairie, with this particular section of rock bumping snugly up against the North Platte River. This forced the wagons to climb over these rocks, which was hard work, but really not a horrible climb as hot, dusty, sweaty climbs go.

What made the climb unusual is that it was across solid rock. And luckily for us, that rock was the sandstone and limestone we mentioned, which are 'softer' than most, and relatively easily weathered.

If you look at the photo, you can see that the rocks on each side of the gully are the same height. In 1830, there was no gully ... this area was quite flat, which is why it was selected as "the path." You can also see that the width at the top of the gully is about twice as wide as at the bottom.

By the way, the far end of the photo is almost ten feet lower than the near end. The slope isn't noticeable in the image, but it sure was to the livestock, whose hooves would undoubtedly slide and scrape on the way up.

So you can see that the first wagons cut a fairly wide swath, but as more and more came up this same slope, they got squeezed into the middle. Thousands and thousands of pioneer wagons climbed up this hill. Their wheels carved the edges down. Their livestock carved the center down. The result is the semi-permanent record of those journeys.

Stuck in a rut!

This gully is carved entirely by pioneer wagons, which wore a groove four feet down into the solid rock.