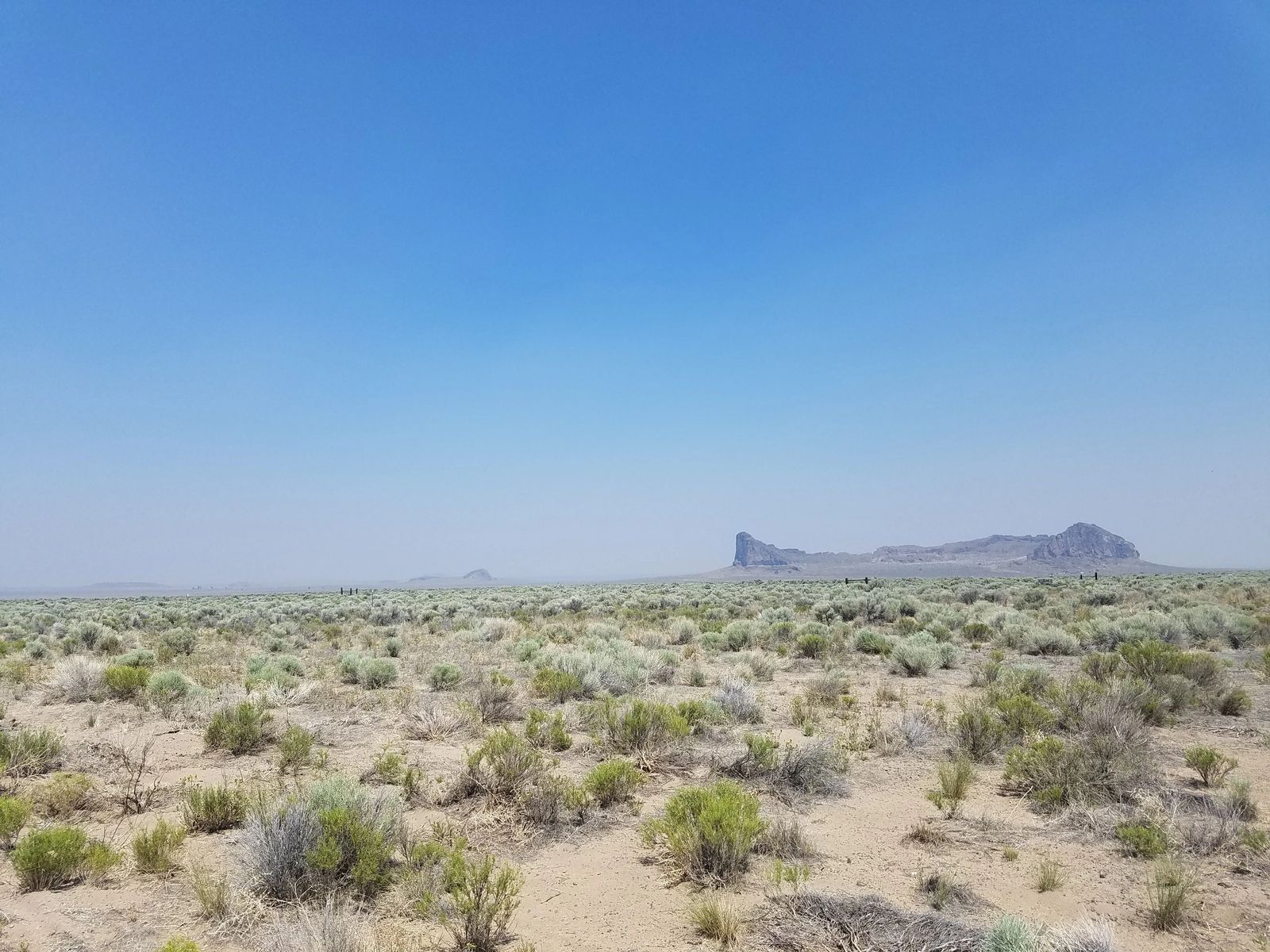 Location: This hidden gem is at the Fort Rock State Park, in Fort Rock, OR (see the Clue Me! Map).

Although Fort Rock looks desolate as it rises out of the dry flat valley in central Oregon, it wasn’t so long ago that it rose out of a huge lake (named, of all things, Fort Rock Lake), surrounded by lush vegetation. The sagebrush and rabbitbrush is growing in the old lakebed, which extends as far as the eye can see.

This region has a quite a few crisscrossing fault lines, and sometime between 50,000 to 100,000 years ago magma pushed through them toward the surface. Groundwater under the lake was superheated, building up huge amounts of pressure that periodically blew, leaving dozens of craters scattered around the lake. One such explosion blew lava and ash into the air, which quickly fell back down and piled up, forming the tuff ring that is now Fort Rock. The lake dried up around 10,000 years ago and Fort Rock was left standing sentry.

Since then people have used Fort Rock itself or caves in the rock for shelter. In fact, imagine this conversation after some people who had stayed here for a while moved on.

“Hey, did you remember my sandals?”

“Really? You want me to remember the flints, the foods, all my stuff … and your sandals.”

“I left my sandals.”

10,000 years go by. In 1938, an archaeologist found the sagebrush sandals along with several other belongings left behind by some of the first people to call Fort Rock “home.”

It seems out of place in this place