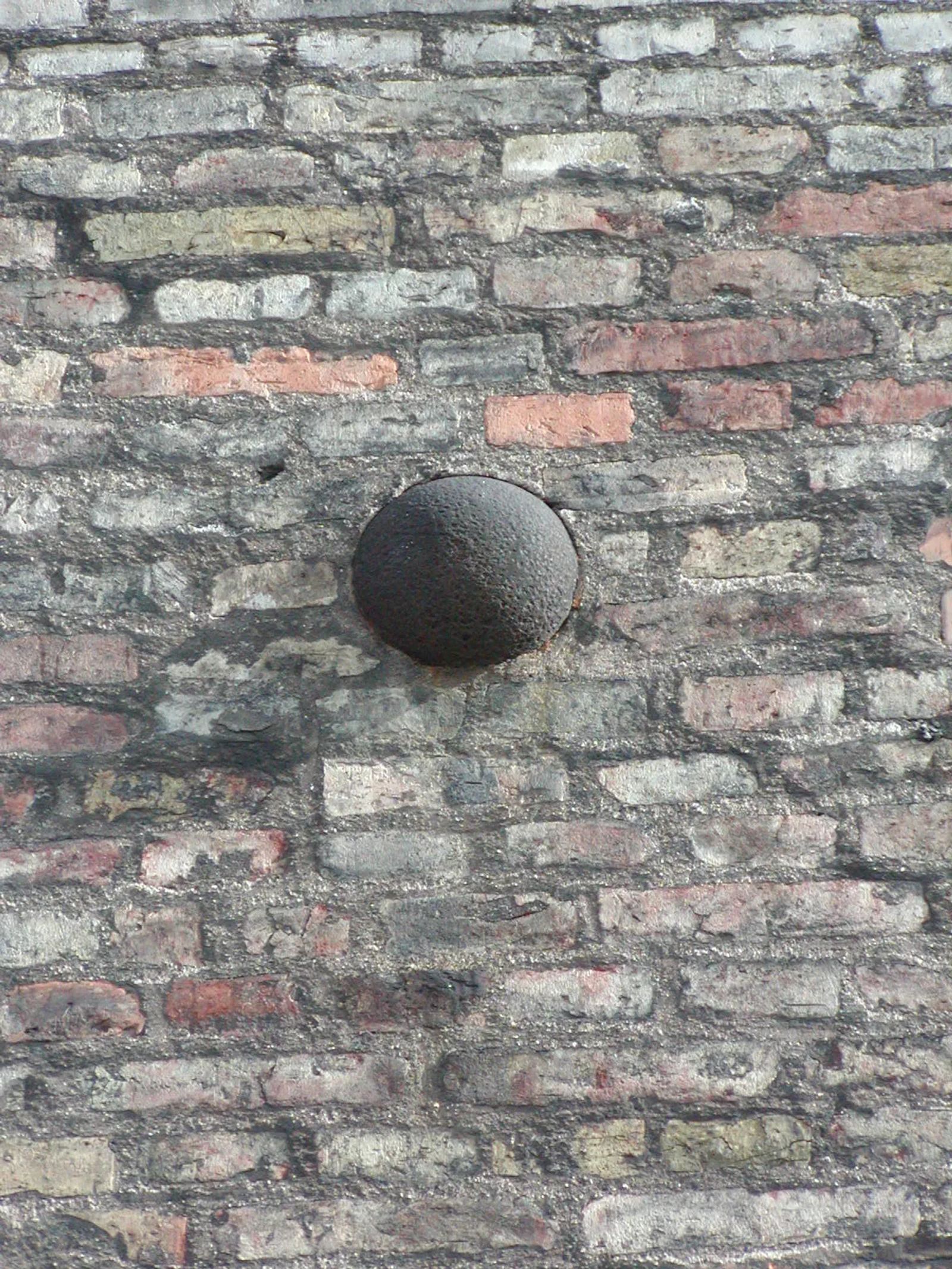 Location: This hidden gem is on Krystalgade, a short walk east of Fiolstræde, in Copenhagen, Denmark (see Clue Me! map).

In the 1700s and early 1800s, ships sailing from western Europe to Stockholm, Helsinki, St. Petersburg (or Copenhagen, for that matter) had to sail through a narrow straight between Helsingor, Denmark and Helsingborg, Sweden. At that time though, Helsingborg was part of Denmark, so the Danes controlled both sides of this straight. Having large cannon in both towns, the Danes decided to start charging a toll ... you want to sail through these waters? Pay the toll or dodge our cannon balls.

In 1807, the British decided enough was enough, and sent a fleet of warships. They sailed through the straight without incident, sailed on to Copenhagen and started lobbing cannon balls of their own to make their feelings known.

This ball became embedded in the wall, and has been there ever since. But although clearly visible, it is 'hidden in plain sight.' In fact, most natives of Copenhagen have no idea about this cannon ball's existence. It is slightly above the normal sight line, so thousands of people walk past it every day without without ever noticing.

And in case you're curious, the Danes decided to reduce the tax on British ships to zero.

Things are lookin' up, 'round here

Cannonball lodged in the wall

There was a time when Denmark charged a toll for ships to pass between the North Sea and Baltic Sea (they controlled the narrows to the north of here). In 1807, the British decided to stop paying the toll and sent some warships to make that clear. This cannonball became lodged in the wall during the ensuing bombardment, and remains as a reminder of the British statement.