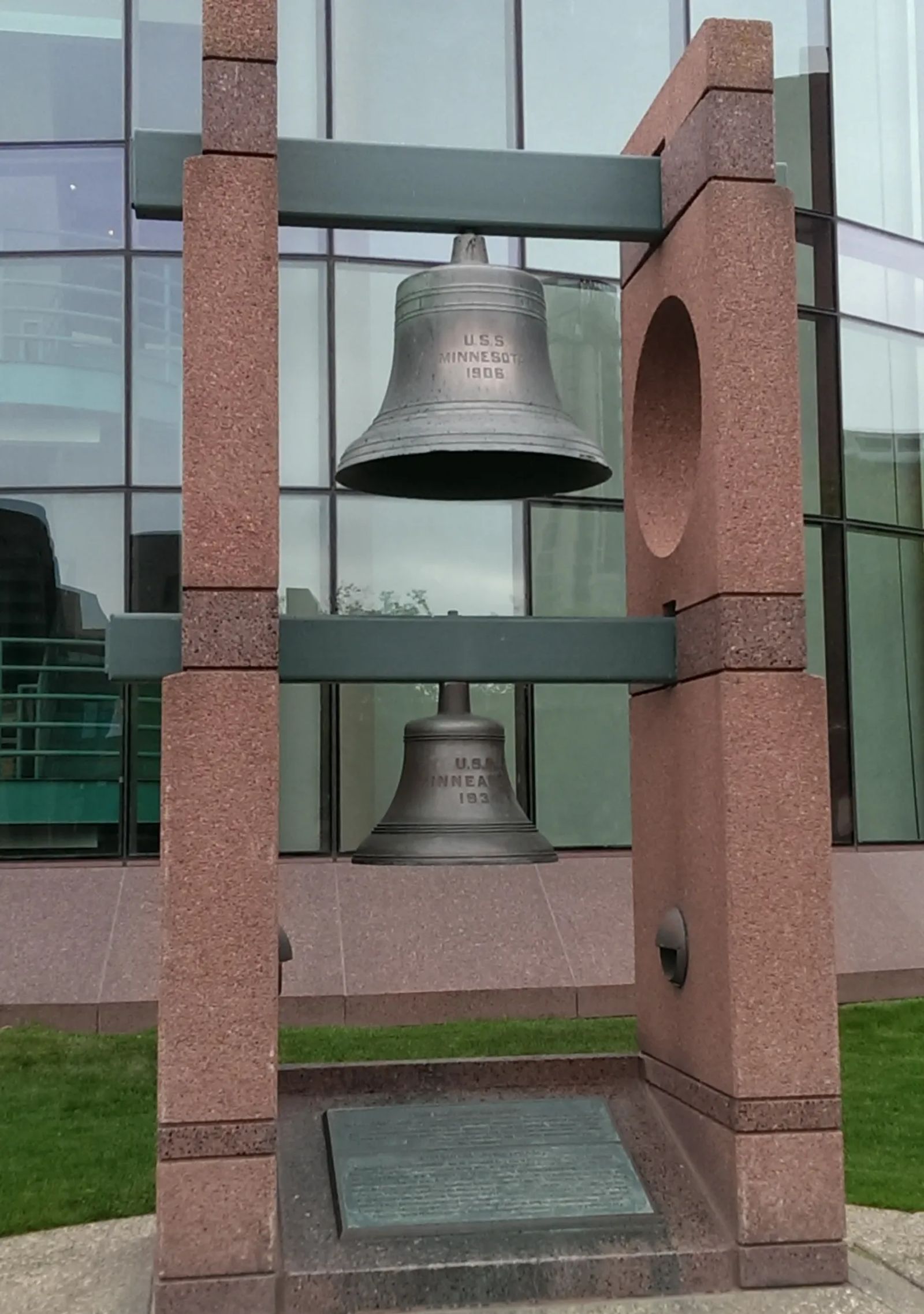 Location: This 'hidden gem' is in downtown Minneapolis, MN, just outside the convention center (see Clue Me! map). These ship's bells, one from the battleship USS Minnesota and the other from the cruiser USS Minneapolis, are gems that thousands of people pass by every day, but very few fully appreciate what they represent.

For example, on this date in 1944, the USS Minneapolis Ship's Bell was being rung every half hour during the Battle of Leyte Gulf, the largest naval battle in history. This was just 1 1/2 years after the same bell stayed afloat, along with most of the ship, even though the entire bow had been blown off by a torpedo in the battle mentioned by the gem's author (see "why it's interesting, below). In fact, this bell kept the watch through 16 major engagements during World War II and survived to remind us about them.

And of course, you could set your 'watch' by the ship's bell. There are six four hour watches aboard ship, with the crew divided into three groups, 4 hours on watch, 8 hours off. The ship's bells were rung every half hour, like this:

When eight bells toll, you've got eight hours 'off.'

Sounds from 'here' were heard by sailors across the seven seas

These ship’s bells serve as a reminder of the sailors who defended the home front from far away, many of whom didn't make it home themselves. In fact, if you fly from the U.S. to Australia, you'll cross very close to the final resting place of many sailors from the Minneapolis, along with her original bow, which was blown off during a battle in the Solomon Islands. The ship was kept afloat, and eventually repaired and returned to the fight.