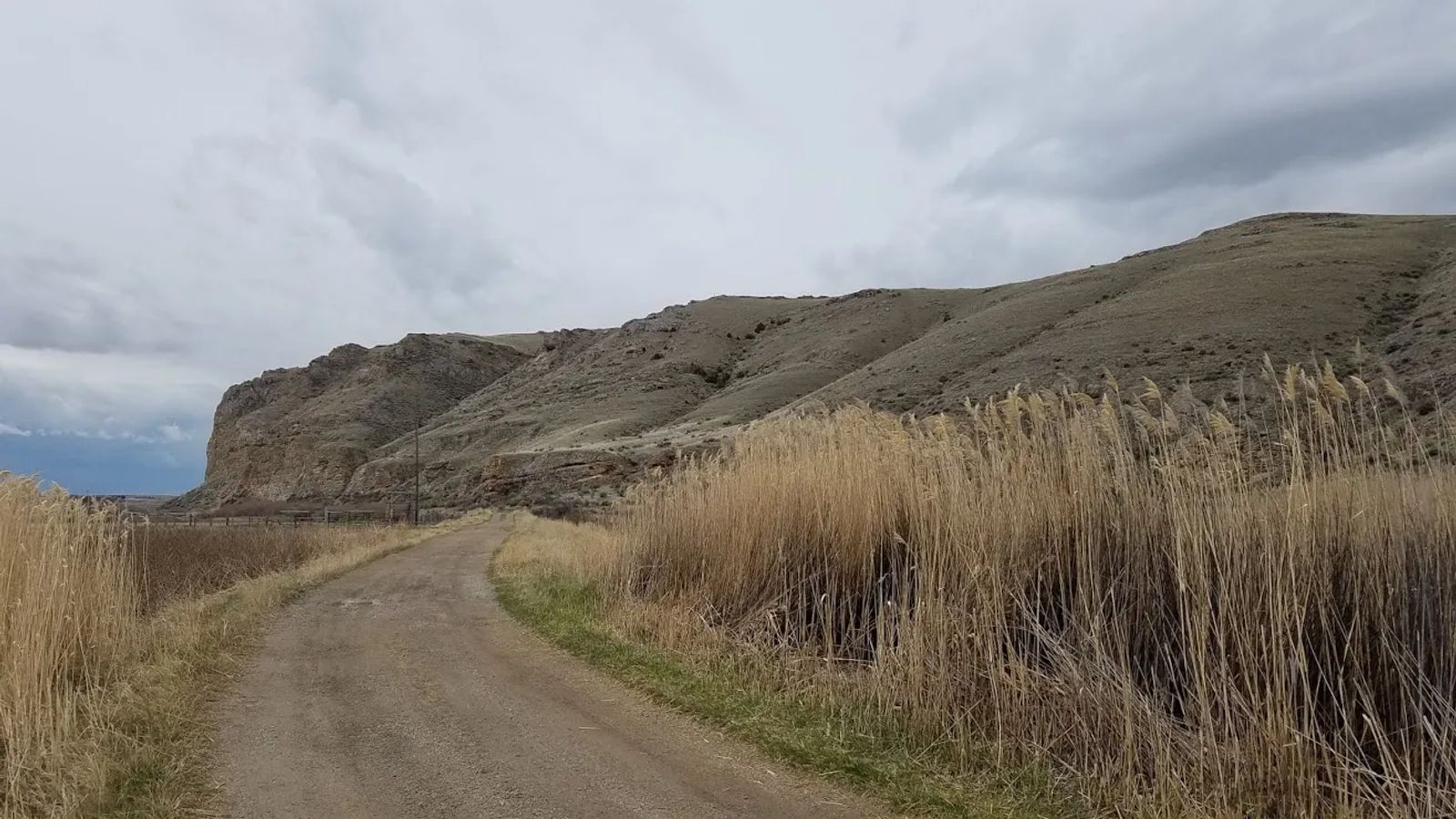 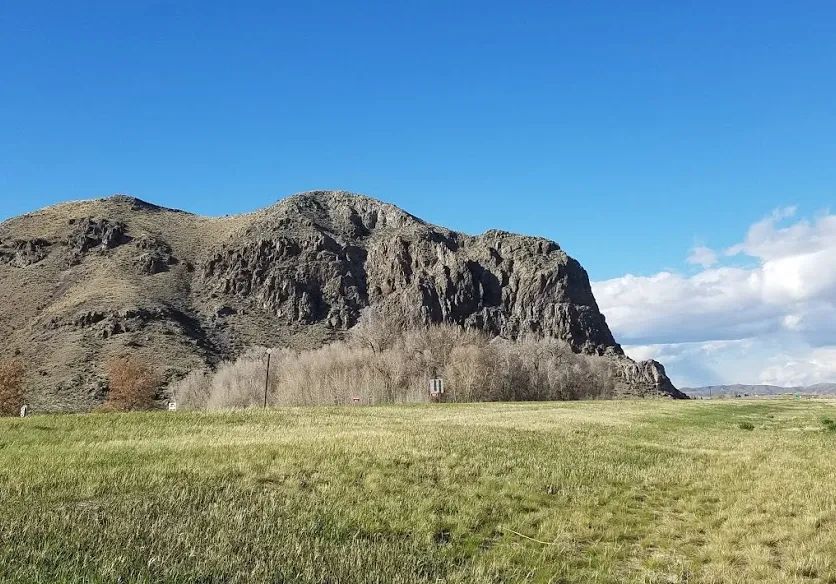 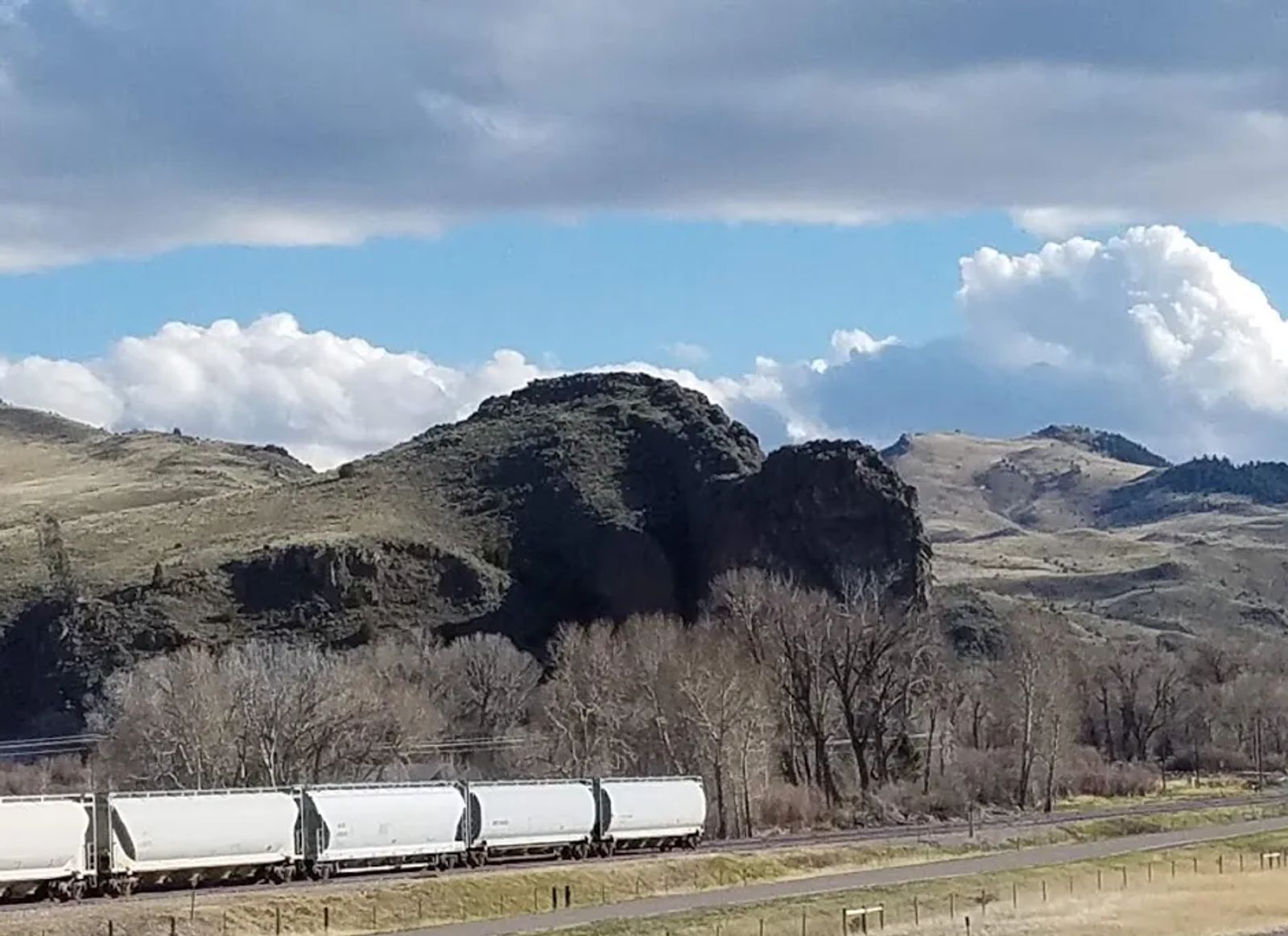 Location: This hidden gem is located about ten miles north and five miles south of Dillon, MT (see the Clue Me! Map), these being the locations of the three animal head rocks pictured here. There's a river running through Dillon, and a funny story about why it's called the Beaverhead River, and not (for example) the Elephanthead, or Bisonhead River.

The funny story wasn’t funny at the time. “Someday we’ll look back and laugh” is probably more accurate.

Lewis and Clark had been following the Missouri River for a long while, all the way from St. Louis to a place now known as Three Forks, MT, where the Gallatin, Madison, and Jefferson Rivers merge to become the Missouri. The expedition then continued up the Jefferson River.

Lewis and their guide, Sacajawea, went on ahead to scout as easy a route as possible for their canoes, which were heavily laden with supplies. After a time, they came to a fork in the river. Lewis first thought they should go right, up the main channel, which was also aiming westward (i.e. toward the Pacific). But Sacajawea was adamant that they must keep to the smaller river. The one which had the rock formation in the shape of a beaver, just visible about fifteen miles upstream. That made an excellent and unmistakable landmark. “We must go left!”

Knowing that Clark would expect to go up the main channel, Lewis wrote out a sign and placed it where it couldn’t be missed.

Thus, the river's name came from the unmistakable rock formation, not from the presence of beavers in the vicinity.

Now the “Someday we’ll look back and laugh” part. There were a lot(!) of beavers around and they were very busy. And, the tree where Lewis posted his sign … it was just perfect for one of those beavers, perhaps one with a devious sense of humor. This particular beaver waited, with a gleam in its eye, until Lewis and Sacajawea were out of sight. Then it felled the tree, taking it (and the directions for Captain Clark) to contribute to its dam.

Clark reached this location and, lacking instructions to the contrary, chose the larger and more westerly river (of course!). Also the more swift flowing and turbulent river, in which they swamped two of their canoes before Clark decided it was time for his sodden men to take their saturated supplies back to the fork, and try keeping left. At that point, he did indeed “follow the beaver head.”

The Beaverhead River was no picnic. About 30 miles on, Clark climbed to a lookout to figure out where they were, and would have been able to see both of the other rock formations shown here. One bears a striking resemblance to an elephant head, and the other is clearly a bison head and hump. There’s no record that he made note of this nature-made public art, but they’re available for anyone to see when driving south on I 15 at Barrett’s junction, 5 miles south of Dillon.

A rock named after a river?

The "Beaverhead" Rock formation, for which the nearby river was named

Well, it's a neat rock formation. And it has been a trail landmark for long before the white folks arrived. 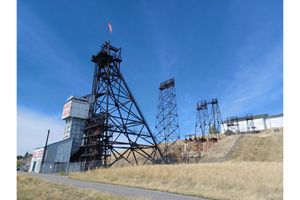