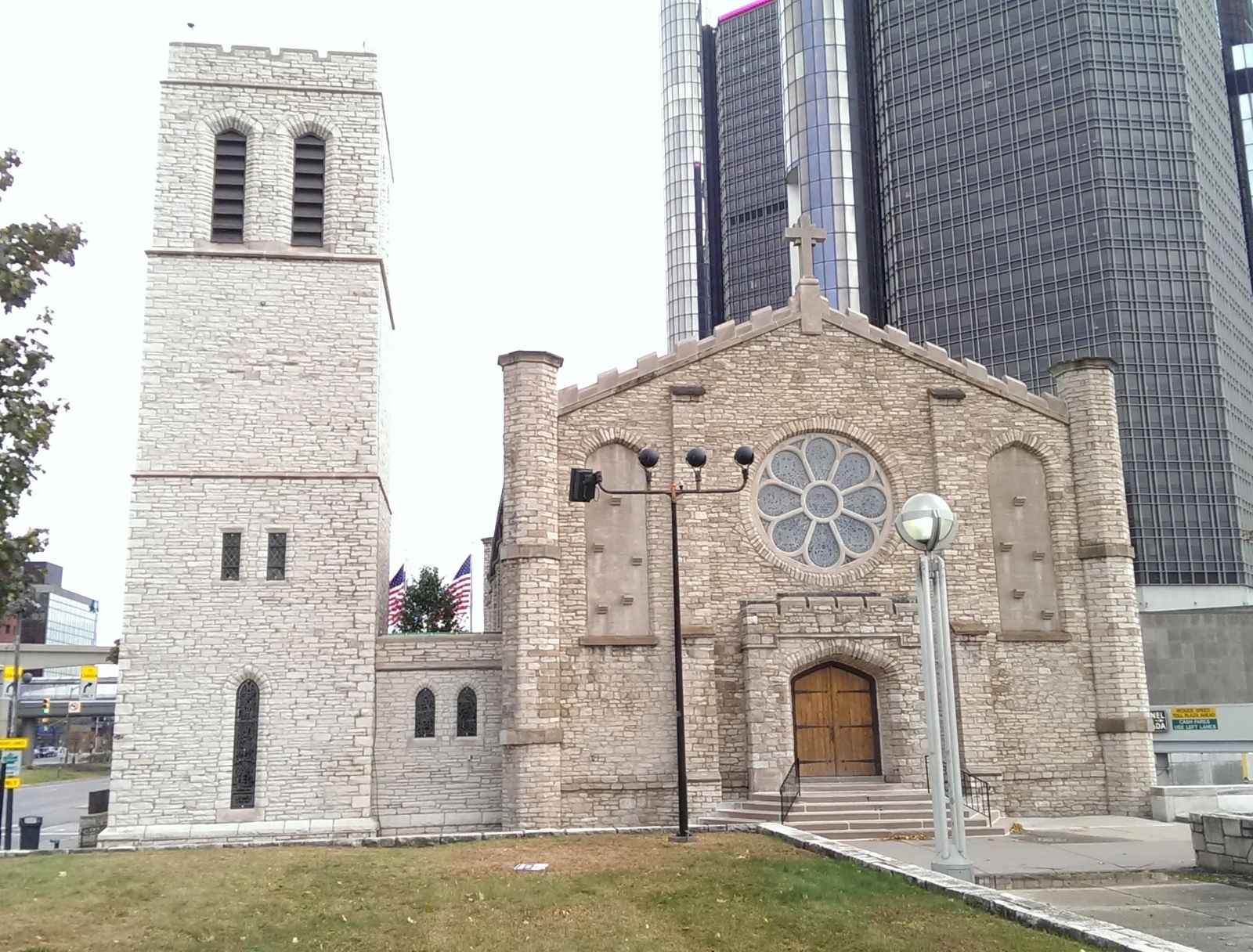 Location:  This 'hidden gem' is on the east edge of Hart Plaza, in Detroit, MI (see Clue Me! Map).  The Mariner's Church has always been a haven for mariners, but the words "forever free" in its charter turned out to have a broader meaning than 'free pews' for mariners. The church was also instrumental in securing freedom for the many slaves who passed through the underground railroad station in its basement. This was the last stop on the way to Windsor, Canada, and freedom.

In Weekly Gem #57, we described a statue on the banks of the Detroit River, marking the area where slaves were picked up at night and ferried across the river. But even in northern states runaway slaves were still slaves, and if caught would typically be taken into custody and sent back to their 'owners.' They therefore had to get to the river unseen.

How this happened was forgotten until the Mariner's Church was picked up and moved from its original location near the center of Hart Plaza to where it now rests. Removal of the building exposed a secret tunnel that ran several hundred feet from the church basement to the river. The slaves would hide in the basement until transport was arranged, then avoid prying eyes by taking the tunnel to the river, followed by a very pleasant boat ride to Windsor.

You can walk the approximate route of a slave heading for freedom.

Option 1. In March or April, go to Atlanta or Tuscaloosa. Walk to Detroit, traveling at night, hiding during the day. When you get to Detroit, go to the spot where the Mariners' Church formerly stood, which is where Woodward Ave intersects with Hart Plaza. You're now standing approximately where the underground railroad tunnel began.

However you got here, you're here ... now walk to the underground railroad statue on the Riverwalk, but imagine you're taking that walk through a dirt tunnel, maybe with your friends and family who are also slaves, and you're walking the last little distance from slavery to freedom.

That would have been a special walk.

All sailors are welcome here

When this church was built, mariners passing through Detroit were often relegated to the rear of a church because they weren't 'members.' The Mariners' Church was built specifically so those sailors would always have a place to worship, and which was 'theirs,' so they could always have favored pews, front and center. 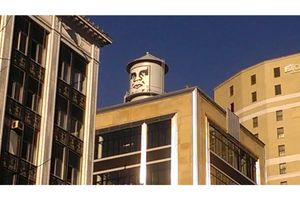 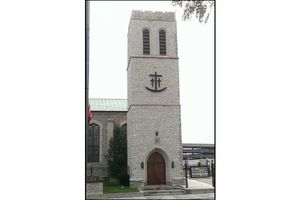 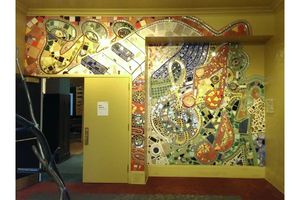