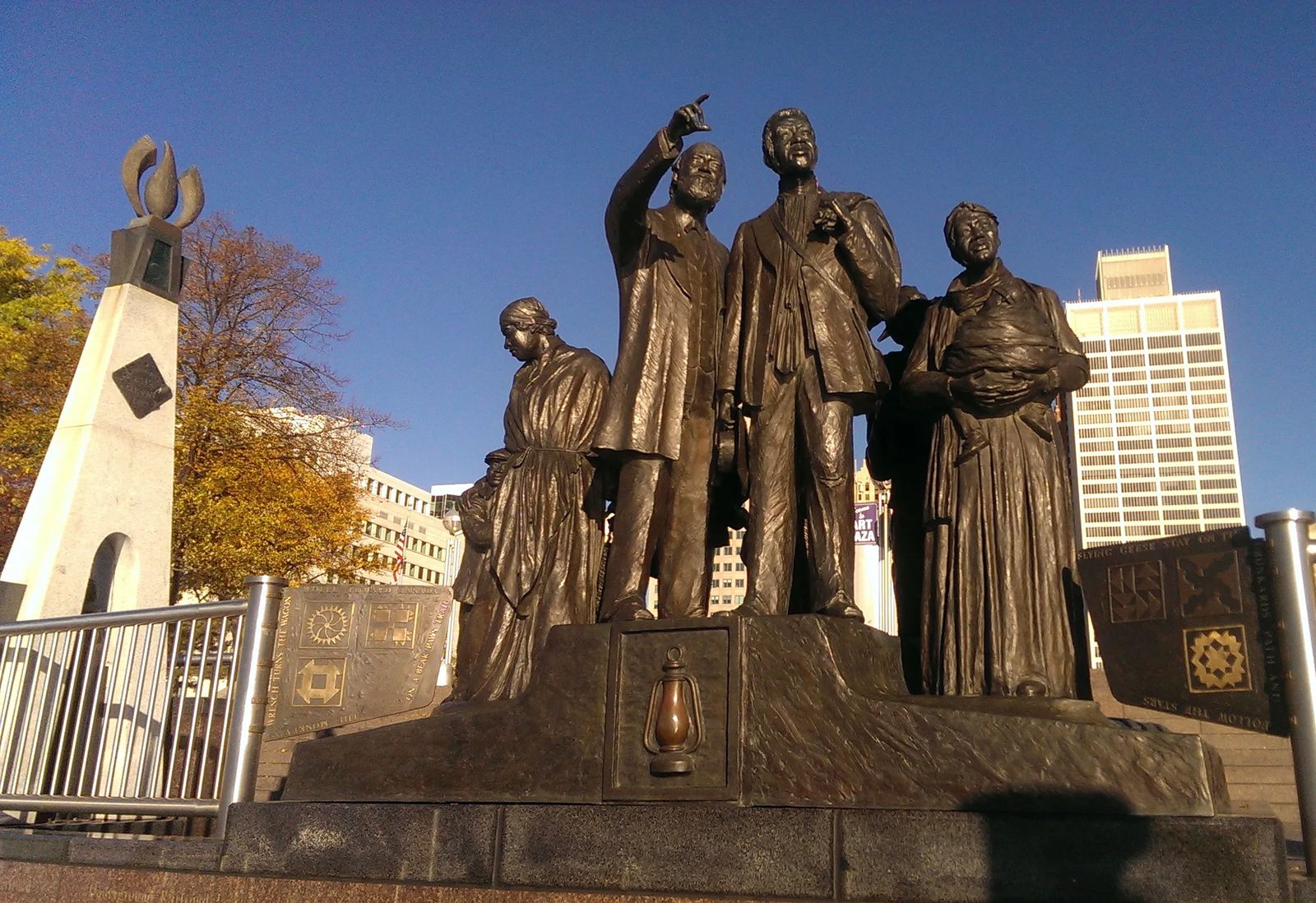 Location:  This 'hidden gem' is on the Riverwalk in Detroit, MI (see Clue Me! Map).

Passed by Congress on January 31, 1865, and ratified on December 6, 1865, the 13th amendment abolished slavery in the United States. Imagine before that date that some guy considers you and your family to be his personal property, and the law of the land agrees.

That's not sitting well with you, so you decide to take your family and leave, on foot, traveling mostly by night, hiding out by day. It takes weeks and anywhere from 400 to 1000 miles. Even in northern states, federal law required that escaped slaves be captured and returned to ‘their owners,’ making Canada the ultimate destination.

This hidden gem marks the end of one underground railroad line. Walk north to Detroit, then (a touch of irony) south to freedom. In Detroit, you’re a slave. Cross the river to Windsor, Canada, and you’re free.

The statue tells a few parts of their story.

First and foremost, travel light. Bring only what you can carry, be that food, water, or the baby.

The men are pointing forward, to the destination.

The kids behind them (additional pics below) are looking backwards beckoning others to hurry up and follow.

Next week we’ll explain how they got to this exact spot, which is an interesting story in and of itself.

The "underground railroad" was a series of places slaves could stop and rest, eat, and sleep during the hazardous journey to Canada and freedom. Detroit was the next to last stop, providing many places to wait in safety until they could be ferried across to Canada. 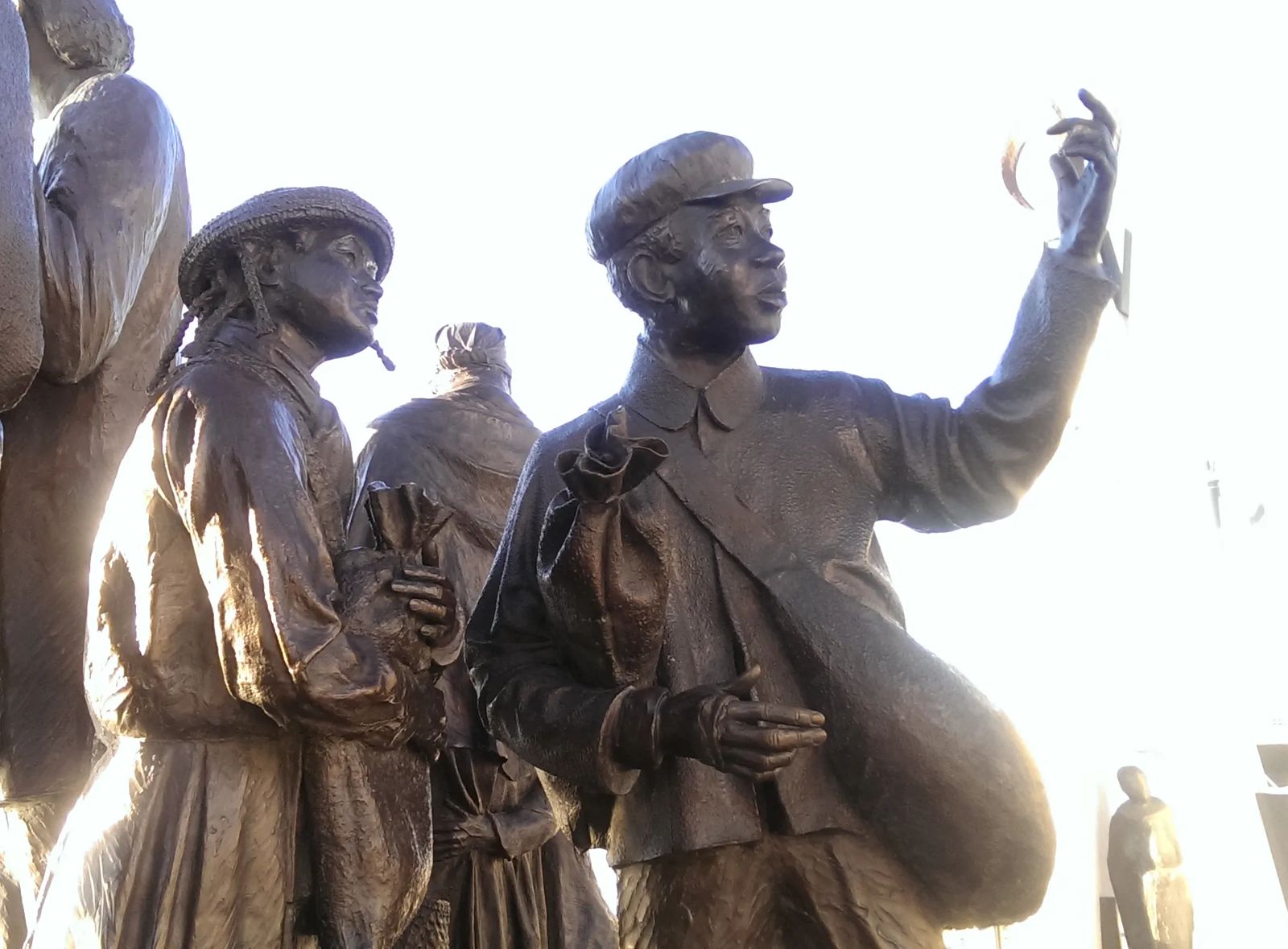 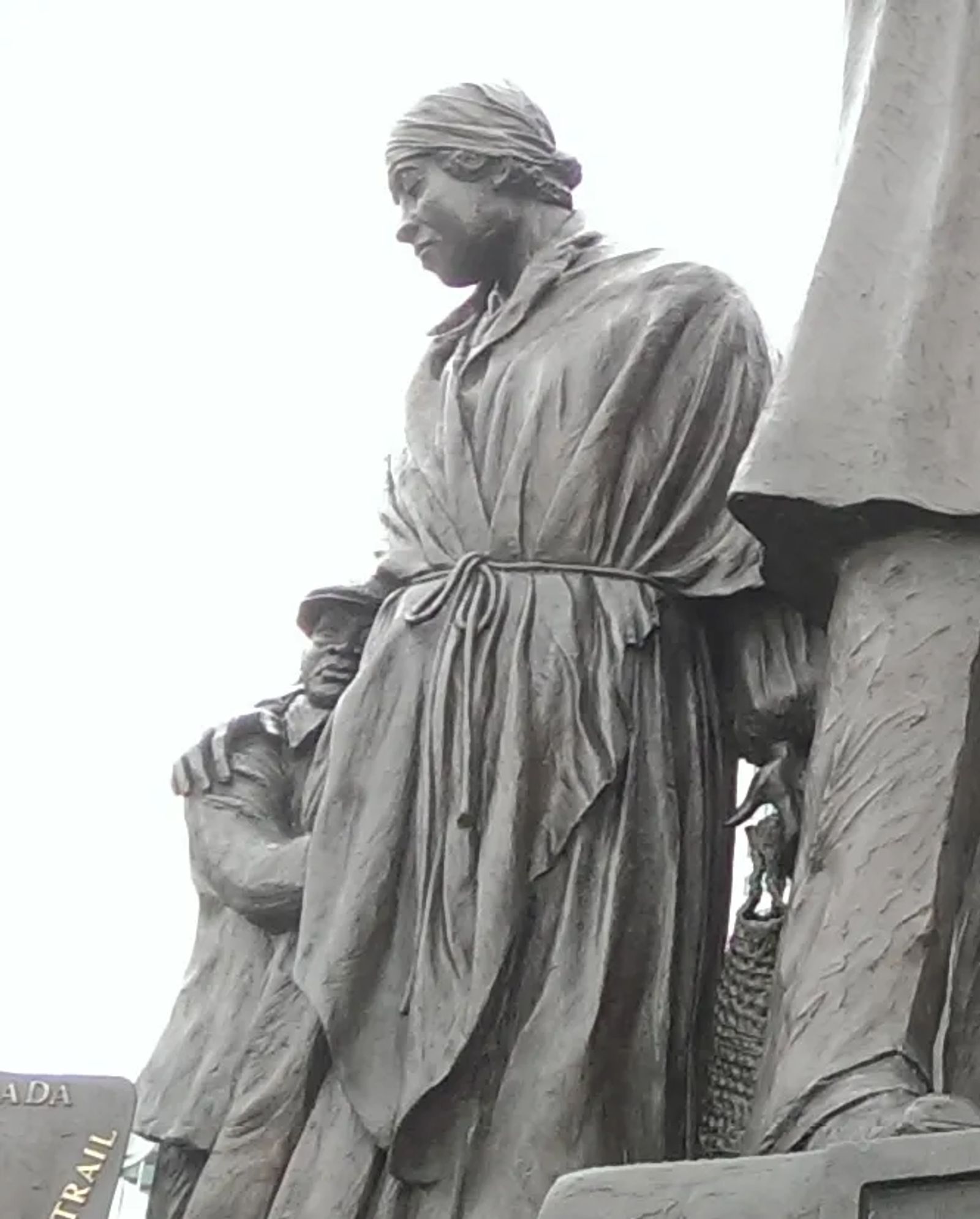 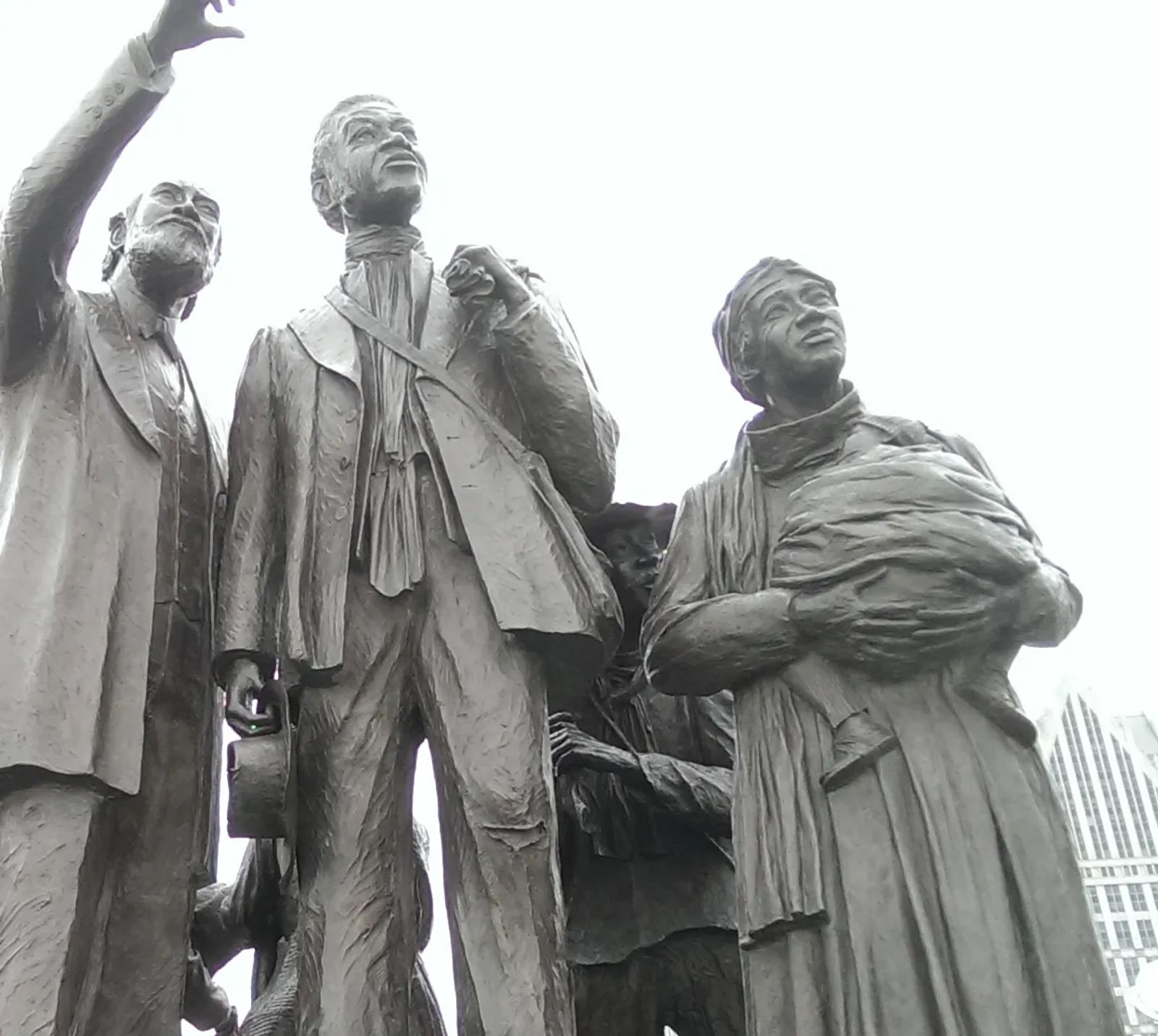