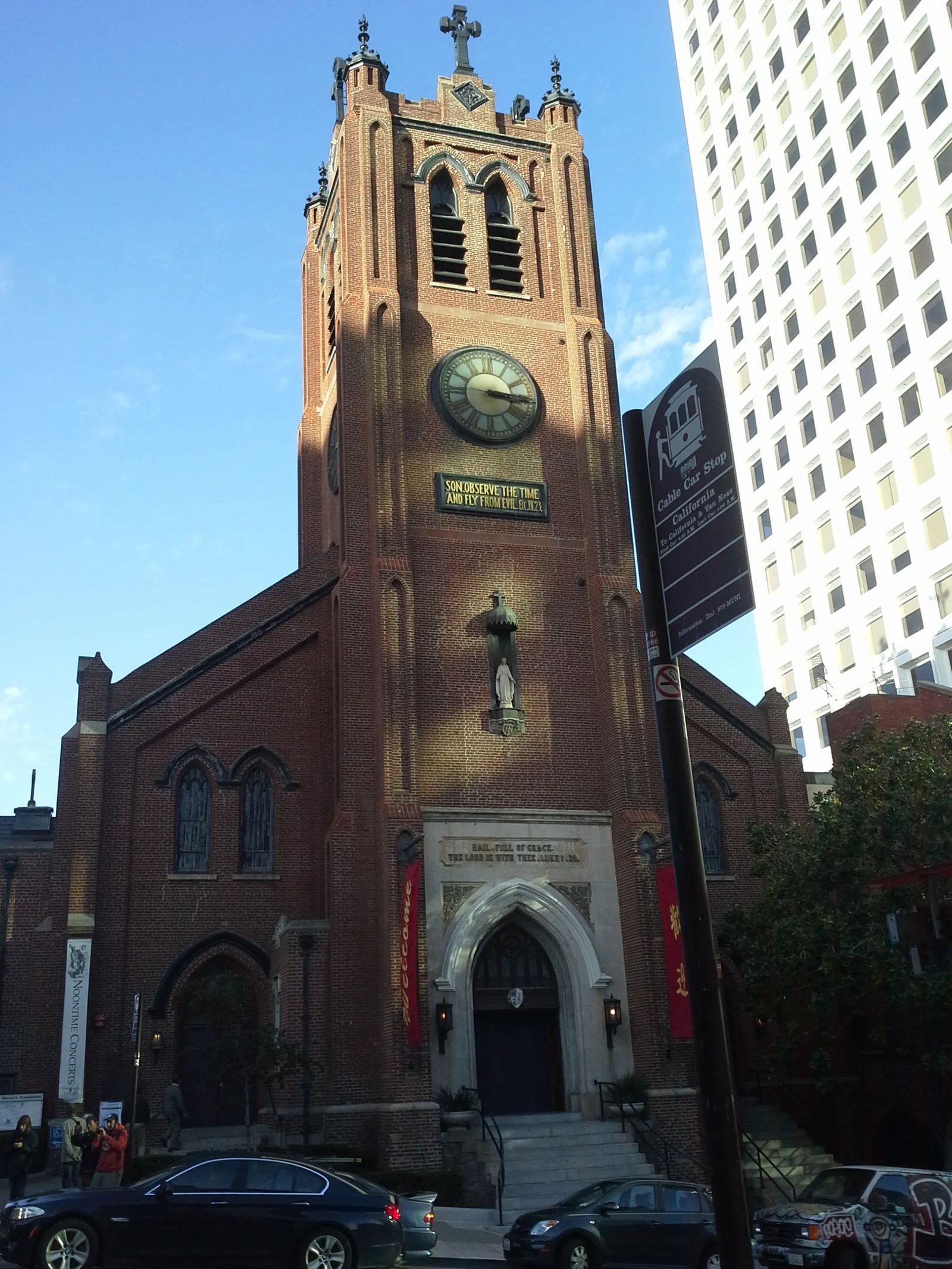 Location: This 'hidden gem' is near the intersection of Grant and California in downtown San Francisco, CA. (see Clue Me! beta map ). Old St. Mary's Church was built in the gold rush years. Perhaps this goes without saying, but in those days, the percentage of the San Francisco populace that could be placed in the 'scoundrel' bucket was pretty high.

In a clever bit of marketing, the front wall of Old St. Mary's has two quotes from the Bible --

Positioned high, so visible from far away, is a warning to that unscrupulous scoundrel group. You're running out of time, boys! The Bible passage says "Son, observe the time and fly from evil."

Positioned just above the door are words of comfort to those who are entering the church, a reminder that the Lord has their back when dealing with the vermin and varmints who ignore the first warning. "Hail, full of grace, the Lord is with thee."

Additional trivia about Old St. Mary's. The bricks were made in New England and took an 18,000 mile journey "around the horn" of South America before arriving in San Francisco. Maybe this seems picky, but the builders built to last. This is one of the only structures that remained standing in that part of San Francisco during the 1906 earthquake.

Son, observe the time and fly from evil.

When Old St. Mary's Church opened in 1853, it was the tallest building in California. The bricks were made in New England and took an 18,000 mile journey "around the horn" before arriving in San Francisco. Note the message by the clock aimed at those visiting the area for more unscrupulous reasons. 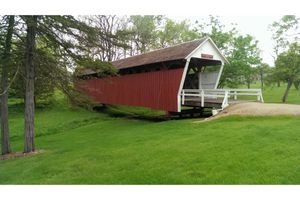 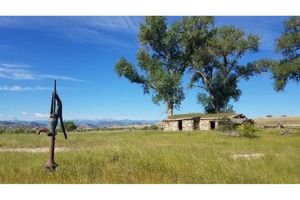