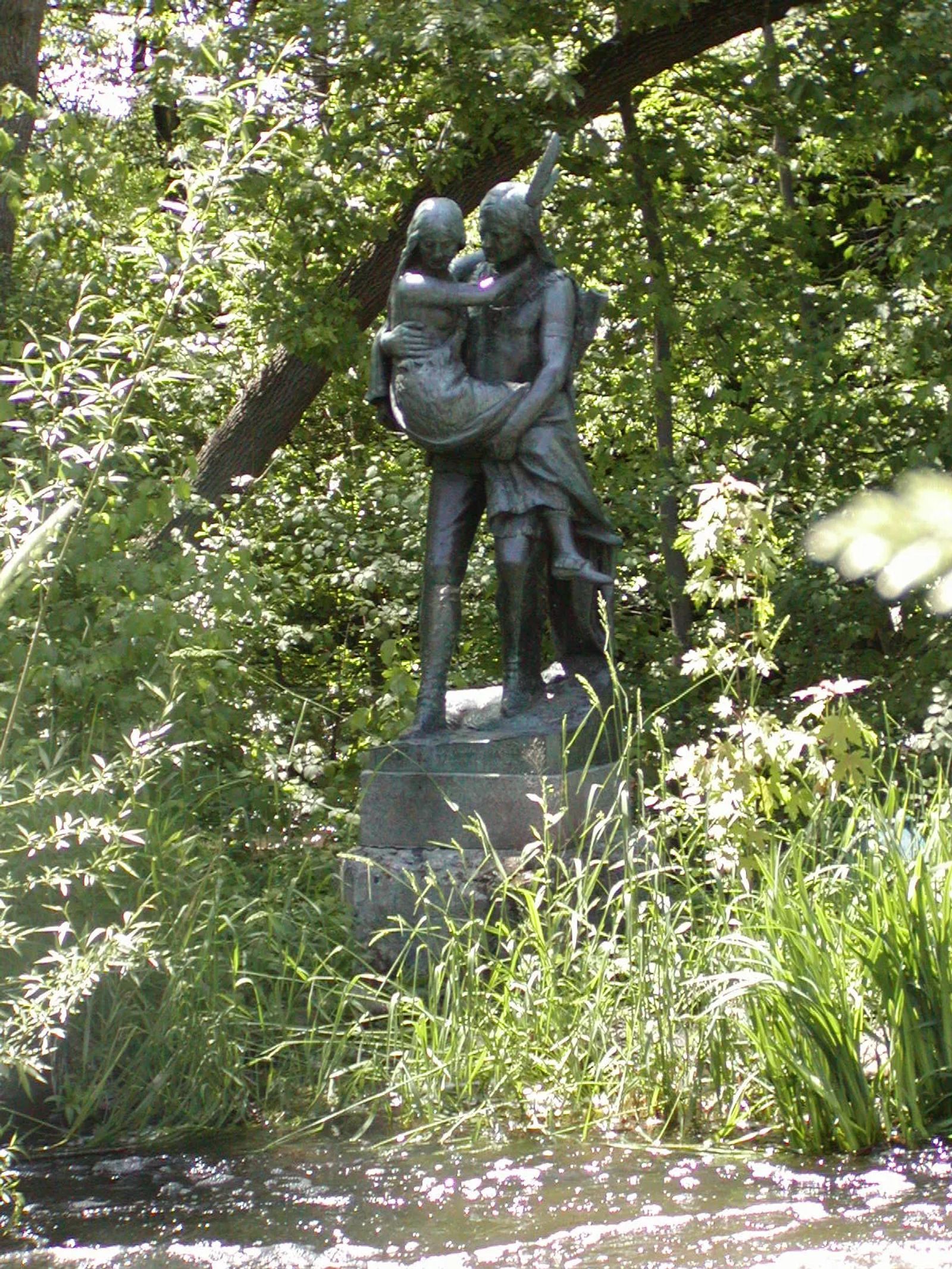 Location: This 'hidden gem' is in Minneapolis, Minnesota, near where Minnehaha Parkway passes over Hiawatha Avenue (see Clue Me! map). Is it an accident or clever planning that these roads that once came together are now separated from one another?

It is a statue of Hiawatha carrying his one true love, Minnehaha, over the creek. These two who were once together, then were forever separated.

The statue overlooks Minnehaha creek, a short distance upstream from the falls. The poem that gave fame to the falls and the characters can be read here : It's a long poem, with 22 chapters (links in the right margin), and I think is ideally read where you can hear the leaves rustle in the breeze and the sound of moving water. The quote used as a clue is in Chapter X, Hiawatha's Wooing. The quote used in the gem clue (below) is in Chapter IV, Hiawatha and Mudjekeewis.

Over wide and rushing rivers In his arms he bore the maiden; Light he thought her as a feather, As the plume upon his head-gear...

A statue of Hiawatha carrying Minnehaha over a stream

The poem, "The Song of Hiawatha" was written by Henry Wadsworth Longfellow. Although he writes about the beauty of Minnehaha Falls in this poem, he had never actually been to the falls! He was inspired by photos of them.