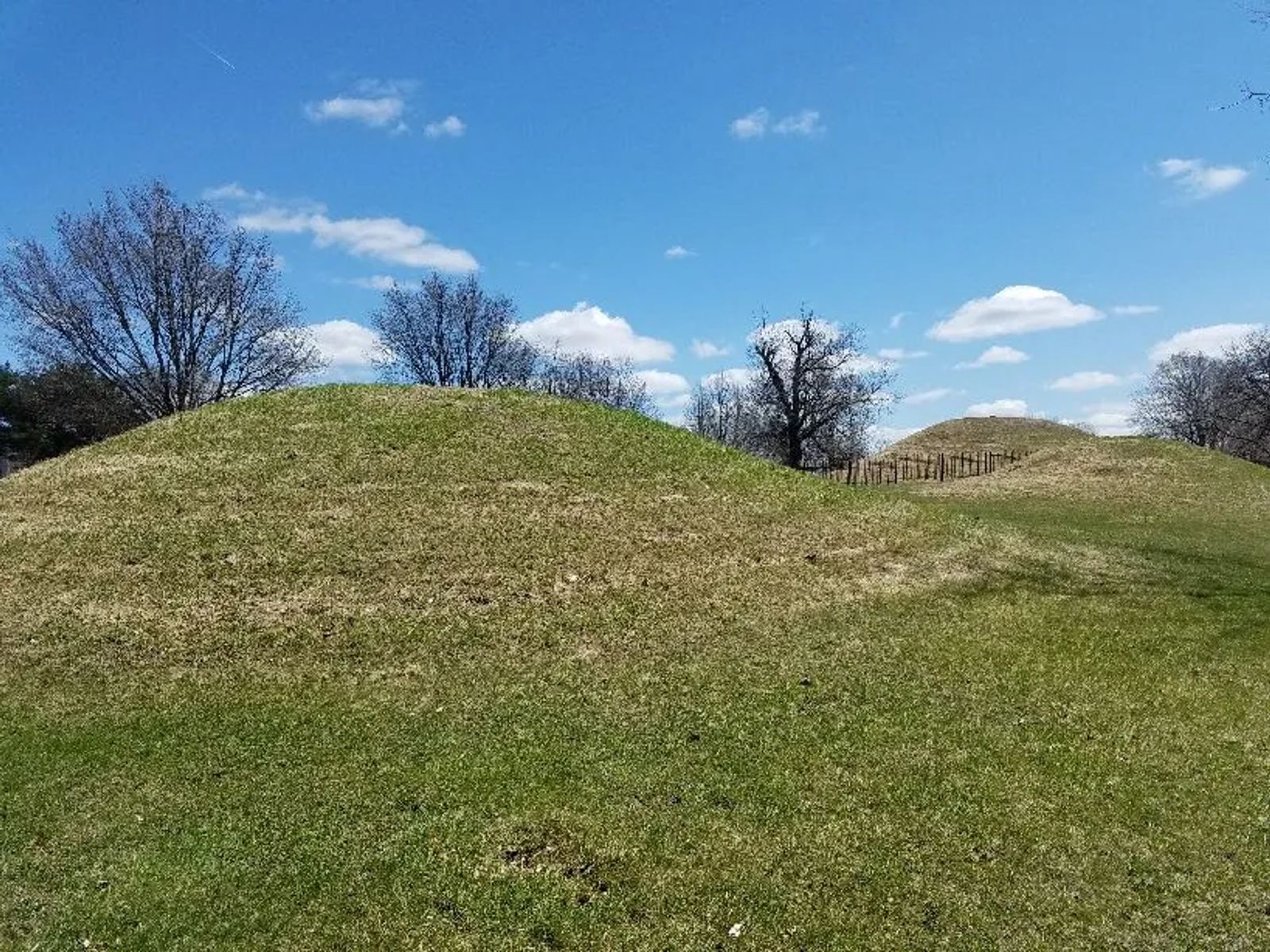 Weekly Gem #159 "There is no death, only a change of worlds." ~Chief Seattle

Location:  This hidden gem is found near the intersection of Mounds Blvd and Earl St., in St. Paul, MN (see the Clue Me! Map). Part of the fascination is that we know so little about these burial mounds, or the people who made / reside in them.

We can only wonder:

"When were they made?" The best guess is that they were constructed about 2000 years ago. These are certainly the oldest monuments in St. Paul.

"Who made them?" The first European settlers asked members of the Dakota tribe about the mounds. The Dakota knew little about the ancient society that created these mounds, details having been lost over time. The building of burial mounds seems to have ended well over 1000 years ago.

"Who is buried in them?" Revered leaders, most likely. There are only a small number of mounds in the entire Twin Cities area, only enough for a select few. Archeologists have found they were buried with metal tools, and many decorations, indications of great stature.

"What do we know about these people?" We can tell a few things from the artifacts found with bones. There have been volcanic "glass" knives from Wyoming, copper axes from the Lake Superior area, mica from Appalachia, and shells from the oceans. There were carved pipes, decorated pottery, and copper and shell trinkets. These people seemingly traveled widely, traded to acquire pieces of art and decoration, and thought these possessions important enough to take with them after they died.

"There is no death, only a change of worlds." ~Chief Seattle

These Indian burial mounds are sometimes called the pyramids of the west. They are small compared to the Great Pyramids of Giza, but impressive just the same. These burial mounds are placed on the highest point of a bluff that overlooks the Mississippi River.