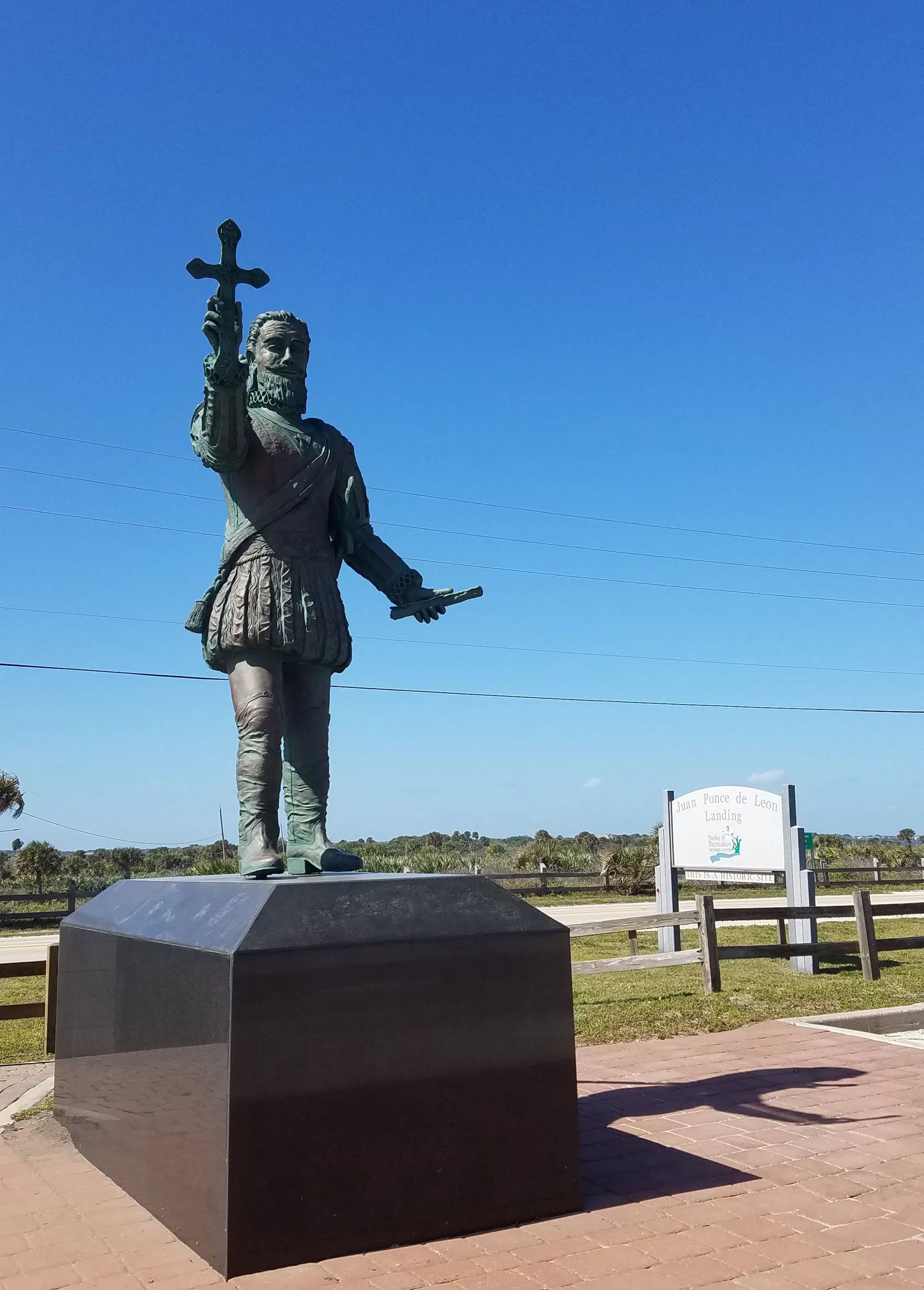 Location: This hidden gem is located at Melbourne Beach, Florida (see the Clue Me! Map).  Something happened here in 1990 that caused quite a stir … as in stirring up a hornets nest about who could claim what about the very first European explorer to visit Florida.

For hundreds of years it was “known” that Juan Ponce de León first set foot on "La Florida" near St. Augustine, in search of the Fountain of Youth.

But hold on just a second. The St. Augustine location was based on some rough extrapolations from the ship logs. In 1990 a fellow named Douglas Peck decided to carefully retrace Ponce de León's route. He began in Puerto Rico just as Ponce did, followed the same directions as Ponce, and ended up right here on Melbourne Beach, about 125 miles south of St. Augustine. Peck’s results were published in a highly reputable journal. Sounds legit. And so began the tug-of-war between St. Augustine and Melbourne Beach - both claiming to be the place where Ponce first landed.

The actual site of Ponce's first indentation on Florida sand aside, there’s still that part about him searching for the "Fountain of Youth." This is a big fat fabrication by Gonzalo Fernández de Oviedo y Valdés. It seems Gonzalo was envious of Ponce, and he held a grudge. Gonzalo dreamed up this story about Ponce searching for the Fountain of Youth to cure a … personal problem. He wrote this in his 1535 manuscript, General and Natural History of the Indias. Sounds legit?

Not so much. Gonzalo had a flair for writing tales that ‘enquiring minds want to know,’ accuracy taking a back seat. Much of what Gonzalo wrote was opinions, anecdotes, and gossip about his contemporaries. Here’s the kicker. He wrote the Fountain-of-Youth yarn 15 years after Ponce died - so poor Ponce couldn't even challenge him to a duel! When Gonzalo's manuscript was finally published 300 years(!) later, the readers must have found the story so juicy and ridiculous that it was too good to let go. "Those ol' wacky explorers!" Next thing you know, the gossip is published in history books and becomes ‘fact.’

Only in Gonzalo's wildest dreams could he imagine his scheme to defame Ponce working so well for so long.

This territory was once claimed for Spain.

It wasn't until 1990 that this area was celebrated as a place Juan Ponce de León first set foot in "La Florida." In 1990 a man "retraced" Ponce de León's boat ride and landed here. Since then both St. Augustine and Melbourne Beach claim to be the first landing site of Ponce de León.