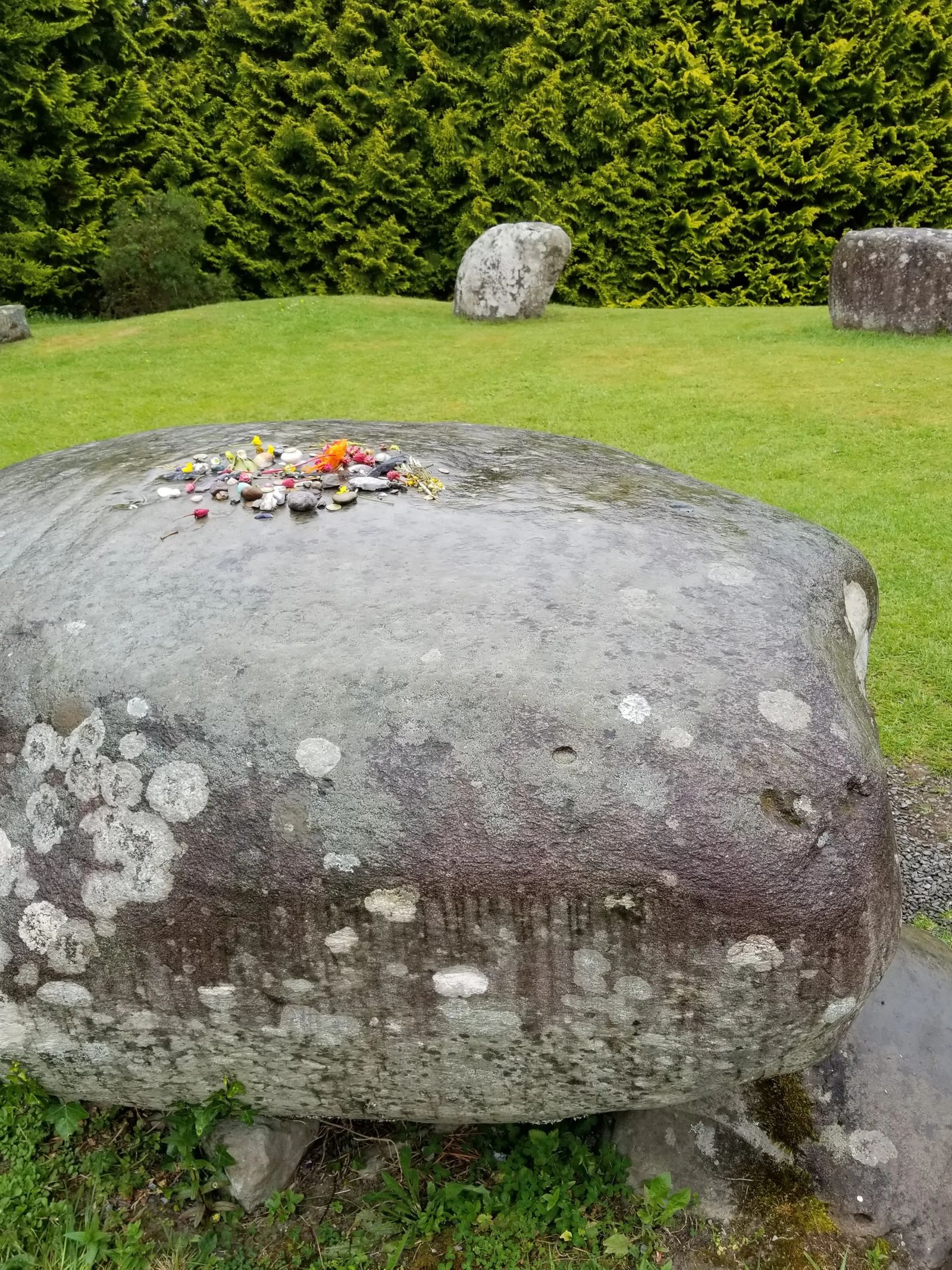 Location: This hidden gem is located on the west edge of Kenmare, Ireland (see the Clue Me! Map). There's a lot more to it than you think. Let's begin.

This rock is at the center of a stone circle that was assembled about 3500 years ago at Ceann Mara (now Kenmare), which in Gaelic means "head of the sea." The town, and the circle, are situated a little over half a mile from Ceann Mara Bay, snuggled up against the River Finnity.

This type of stone circle, called a "boulder burial" or "boulder dolmen," is found only in southwest Ireland (all but one are in counties Kerry and Cork). These are relatively small circles, about 50 feet across, encompassing one (or more) central dolmen (a dolmen being a large boulder balanced on three or more other rocks). In these boulder burial circles, the base rocks are small, as opposed to the very large arrangements at (for example) Stonehenge.

Although called "boulder burials," there's actually little evidence that these are grave sites. Instead, of the few that have been excavated, it seems that they are the sites of rituals rather than tombs.

This 'ritual' function has been supported by recent findings about the approximately 70 boulder burial circles.

The non-surprising finding: Careful analysis has shown that all of the circles are arranged with astronomical alignment, although in many cases based on lunar solstice (a lunistice) rather than solar.

The surprising finding: These aren't simply 50 foot diameter circles. Many "skyline modifications" have been found that are miles away from their 'home' circle, including several large cairns that were built atop hills and ridges throughout this part of Ireland. The skyline modifications are literally extensions of their circles, being positioned on astronomical lines ... for example, standing at one particular circle, a cairn on a hill a few miles away perfectly aligns with midsummer moonrise. The alignments between any given circle and its skyline modification are varied and complex, but demonstrate that the builders had a detailed understanding of many astronomical events.

Most of these presumed skyline modifications are gone (or not yet found), but enough have been found to know that the "head of the sea" is far more than a simple, 50 foot circle.

This is a type of stone circle found only in southwest Ireland, recognized by a 'boulder burial' in the center (which is a large rock placed on three or more small rocks). 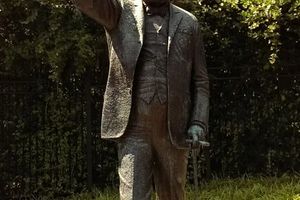 Location: This weekly gem is located just southeast of the British Embassy in Washington, DC (see the Clue Me! Map ). The grounds of foreign embassies are territory of the foreign country. If... 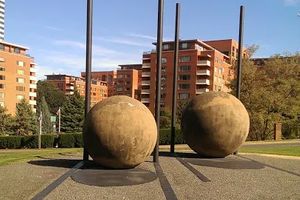 Location: This weekly gem is located at the intersection of Fairfax Dr and Fort Myer Dr in Arlington, VA (see the Clue Me! Map ). Here you will find a sundial unlike any other. The two spheres...