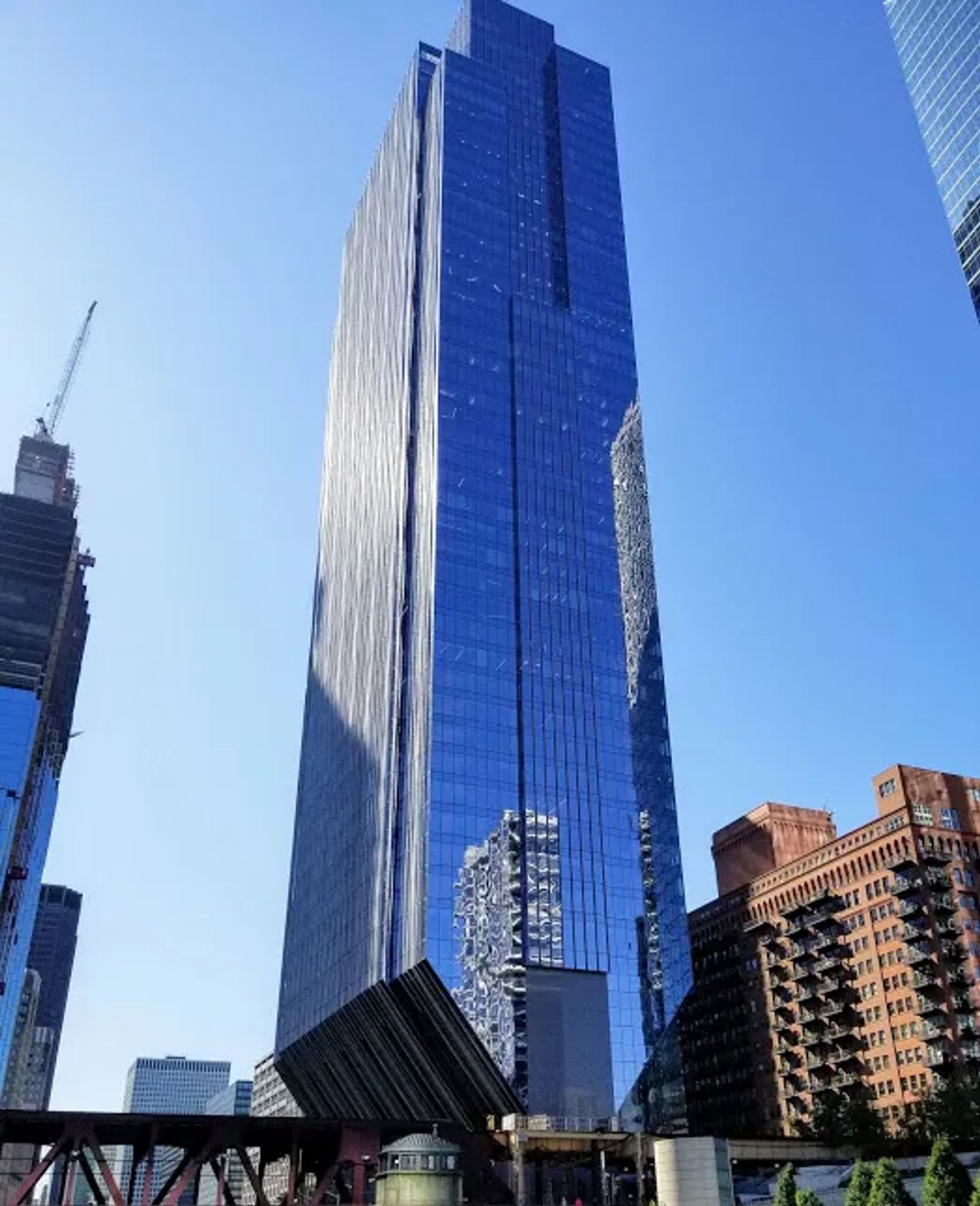 Until some clever architects turned the Pyramids of Giza on their heads. Problem solved! We can do anything now days, right? But wait. Looking at the photo, you can see the grey rectangle at the bottom … that is the width of the building’s base. This building is twice as tall as you could normally build on such a narrow base. Then consider being in the windy city, and being situated on top of the soft muck of river sediment and marshland that lies under downtown Chicago.

To keep the wind from making 150 sway uncomfortably, the designers placed big tanks of water near the top-center of the building. Dead weight stabilizes things nicely!

As for stability in the earth, the builders secured 150's core with hundreds of pilings. They dug until they found bedrock (about 110 feet down). Then they drilled an extra 6 feet into the bedrock.

There is more than just a structure balanced here. There is also the balance between making the space look inviting vs. giving people the willies as they walk closer! More than 75% of this 2 acre lot is open outdoor space! A riverfront park, pathways, and an indoor multimedia wall showcasing digital artists. A space that has to be seen to be believed.

Oh, and 150 North Riverside Plaza also won a LEED Gold award for being a "Green" building. Good on ya 150!

The Pyramids of Giza are about 4500 years old. Their engineers knew the shape of a long lasting building.

The ratio of width to height is a staggering 1 to 20! Squeezing a building like this between the railroad tracks and the Chicago River is quite a feat of engineering.