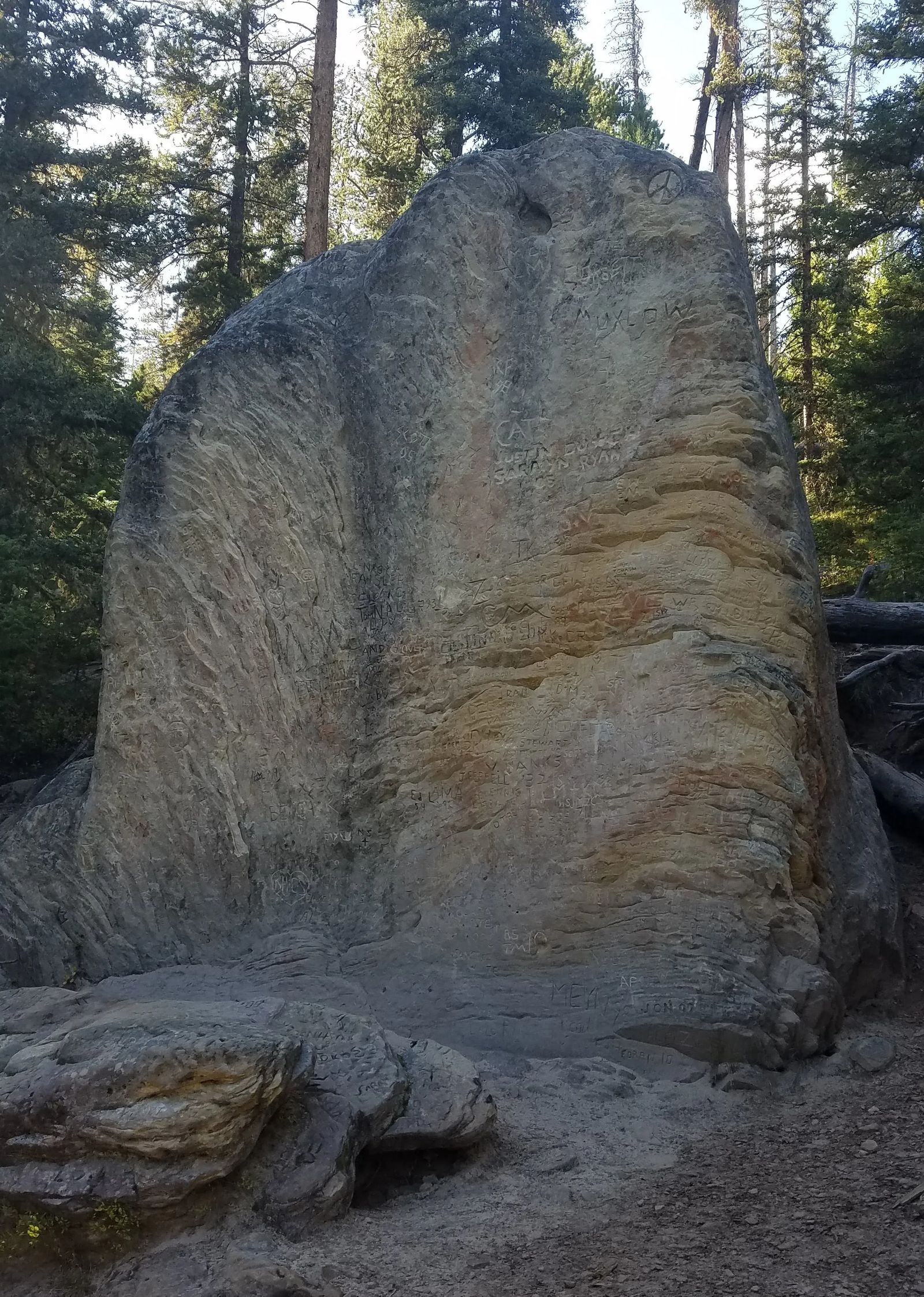 Location: This weekly gem is in Hyalite Canyon, about 20 miles south of Bozeman, MT, the last 1.5 miles on foot (see the Clue Me! Map). There are many places where settlers carved their names into stone. Chimney Rock, Independence Rock, Register Cliff, Pompey’s Pillar. These have two things in common. First, they are sandstone or other fairly soft rock. Easy to scratch a name and a date. Second, if you carved your name, your ‘fifteen minutes of fame’ was a lock. These were all very prominent locations on well used trails, seen by thousands of people each year.

That being true, consider this scenario. The sandstone rock is on a trail leading nowhere, and deep in the forest where almost nobody would see. What would happen?

History Rock is a sandstone outcropping about halfway up the mountainside in Hyalite Canyon. It is not easy to visit, and is not at or near a ‘destination,’ so sees only a trickle of visitors as compared with those other locations. And yet, it is completely covered with names and initials, some well over 150 years old.

Native Americans, explorers, settlers, loggers and hikers have all contributed their doodles. One of the earliest names carved on the rock is Ike LaForge, a scout for General Custer. There are also hearts, peace signs, and little critters carved among the initials.

One nice thing about History Rock: It is well-used, but respectful of those who came before and will come later. That in itself is something of a tribute to the history of this area, and people who have lived here.

This sort of thing has happened since the invention of writing!

This "soft" sandstone rock is easily carved. Wind, rain, and humans will eventually make it disintegrate.