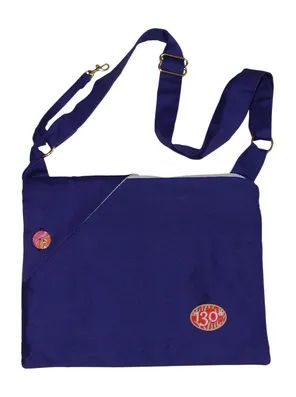 Here’s the second in our series of true stories, in which the Pickpockets Won.  No surprise, since it happens hundreds of times a day.  In this case, our victims were very careful and thought they had fully protected their valuables … right up until the pickpocket smugly announced himself and his cash withdrawal.

This is how it happened.  A young couple bought sandwiches for lunch (plot development:  buying sandwiches inadvertently showed our observant villain the location of a wad of cash), then sat on a nearby park bench to eat.  Lunchtime in this area attracted quite a crowd, so they were careful.  The girl kept her purse strap across her shoulder, and placed the purse on the bench between her and her companion.  He snugged up against the purse so they could feel if anyone tried to unzip it.  The purse is now protected from all sides:  by the back of the bench (shoulder blade height); their bodies on the left and right; the zipper was closed, protecting the top; and if anyone came from the front, they could be blocked and warded off.  The purse strap across the shoulders prevented a quick snatch and grab.

So, they enjoyed their lunch, the day, and the people watching.

Remember, this is a true story.

After a few moments, a man on the other side of a tall, dense hedge started calling somebody … not them of course, so they didn’t pay attention.  He started waving his arm above his head, attracting their attention to what he had in his hand.  The girl’s wallet.  He smiled at them as he held it up in the air where they couldn’t help but see their cash being withdrawn.  He continued smiling as he placed the wallet on the hedge (leaving the credit cards in it).  He rapidly exited stage left, as the couple discovered that the purse zipper was open, and yes, the wallet was missing (to be precise, it was waiting patiently on the hedge for them to recover).

While they were shocked to have been a pickpocket’s victims, they were surprisingly easy prey.  The problem was the distraction of watching the crowd … the pickpocket new exactly where to go for their money, and simply needed them to become engrossed in the action out front.  In fact, he likely had a partner who caused a stir.  Our villain could casually walk behind the bench, come to a near stop as he ‘checked his phone,' and within a second or two, he could unzip the purse and remove the wallet.  If everyone is watching the conveniently timed ‘distraction,’ nobody would see the pickpocket.

This could have been prevented using our Tranquility pickpocket-proof satchel, or some other equally effective security satchel.  Specifically coming into play are our protection levels 1, 2, 3, and 7 .

1.  Zip the zipper and button the flap … pickpockets are not deterred by any zipper.  The buttoned flap is the extra layer that adds seconds to a theft, and sends the pickpocket to an easier target.

7.  "Secure your tether" to keep you satchel in front of your body … the only reason this theft worked so easily is that the victims positioned the purse on their hips, which was outside both of their peripheral vision during the crucial seconds.  The secured tether keeps it in one of their laps, a little less comfortable for them, a lot less convenient for the thief.